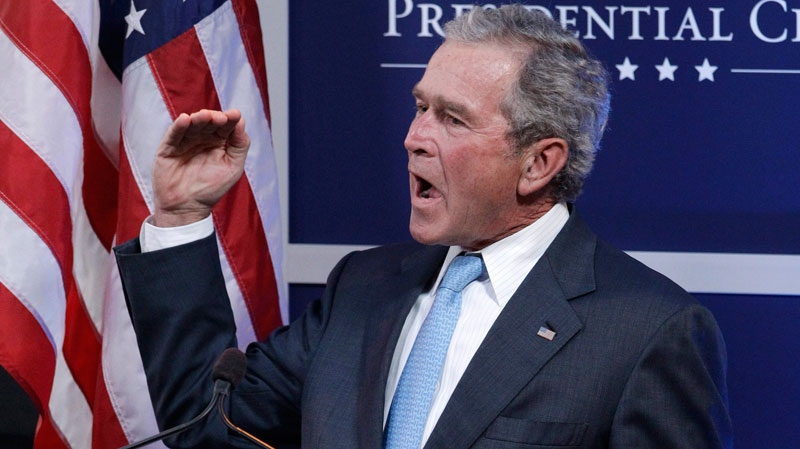 An appearance by George W. Bush at an evangelical university in Toronto was abruptly cancelled on Wednesday amid backlash from several students who questioned the former U.S. president's values.

Bush had been scheduled to appear at a breakfast hosted by Tyndale University College and Seminary next Tuesday. The event was invitation-only and had not been widely publicized.

According to a brief note posted on the university's website, the Sept. 20 breakfast was cancelled due to a "scheduling change."

The cancellation came on the same day that a group of Tyndale students launched a petition against Bush's appearance, claiming the practices of the Bush administration were not in line with the university's Christian standards.

Bush, who served as the 43rd President of the United States, has made several appearances in Canada since he left office in 2009. His appearances often raise the attention of demonstrators who oppose his stance on the war on terror.