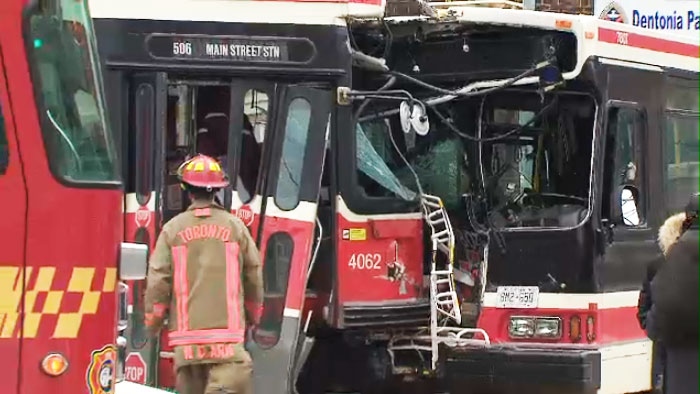 A firefighter inspects a streetcar following a collision in Toronto on Saturday, Dec. 27, 2014.

A bus driver has been charged as a result of a head-on collision with a streetcar that left four people injured.

The TTC vehicles collided at the intersection of Main Street and Danforth Avenue shortly after 10 a.m. on Saturday.

The bus was heading south when it turned into a northbound streetcar. Both vehicles were damaged and the streetcar was derailed.

Three passengers and the bus driver were sent to hospital with minor injuries.

On Monday, CTV Toronto confirmed that the driver of the bus was charged with careless driving.

Police have not provided the identity of the driver.