'Brought me to my knees': Ford reveals why he was forced to cancel appearance at press conference last minute 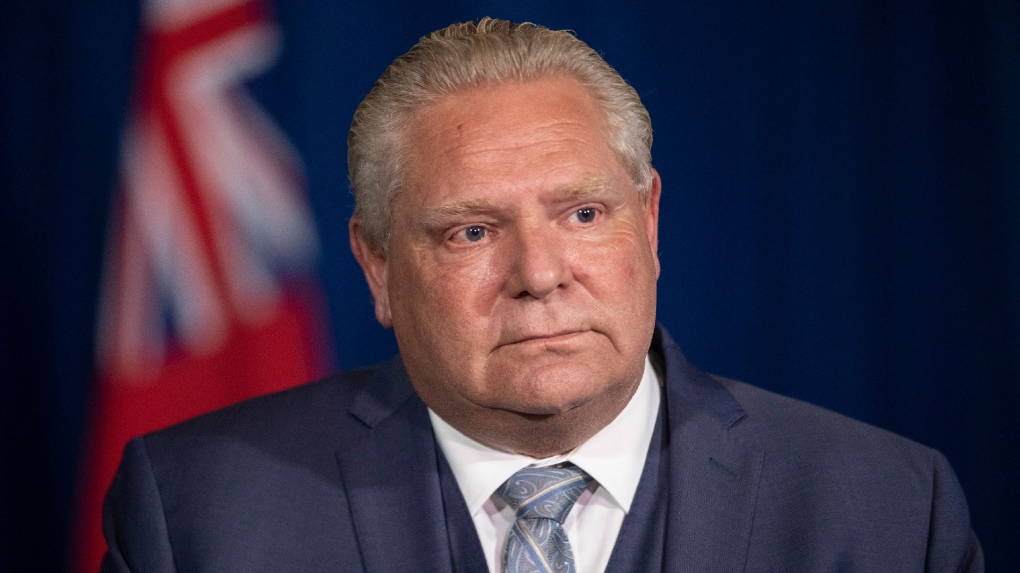 Ontario Premier Doug Ford attends a briefing, as the Provincial Government announce a series of measures to combat the spread of COVID-19, In Toronto, Friday, Nov, 13, 2020. THE CANADIAN PRESS/Chris Young

TORONTO -- Ontario Premier Doug Ford has revealed why he was forced to cancel his appearance at his daily press conference last-minute yesterday.

Ford's office sent a notice less than an hour before his scheduled appearance on Tuesday saying he would be unavailable because of a "non-COVID-related, non-urgent, medical appointment."

Ford told reporters on Wednesday he "zapped his back out" and was unable to attend because of the pain.

"I don't know if you’ve ever had back pain but I'll tell you that brought me to my knees yesterday," Ford said. "The only thing I'm disappointed about is it was my first press conference I’ve missed since the beginning, so I apologize for that."

While it was actually the second press conference Ford was forced to miss last minute, his government has been making daily announcements since early on in the pandemic.

Ford has made himself available to the media the past 188 days of 190 days, his office told CTV News Toronto on Wednesday.

The only other time Ford skipped a press conference was when he opted to get a COVID-19 test after Education Minister Stephen Lecce came in contact with someone who tested positive for the disease.

"I just want to give a shout out and thank people for their messages," Ford said. "I'm healthy as a horse right now. Well, not really healthy, I probably look like a horse but not as healthy as one.”

Premier Doug Ford says he "zapped his back" yesterday which was why he wasn't at his COVID-19 news conference.