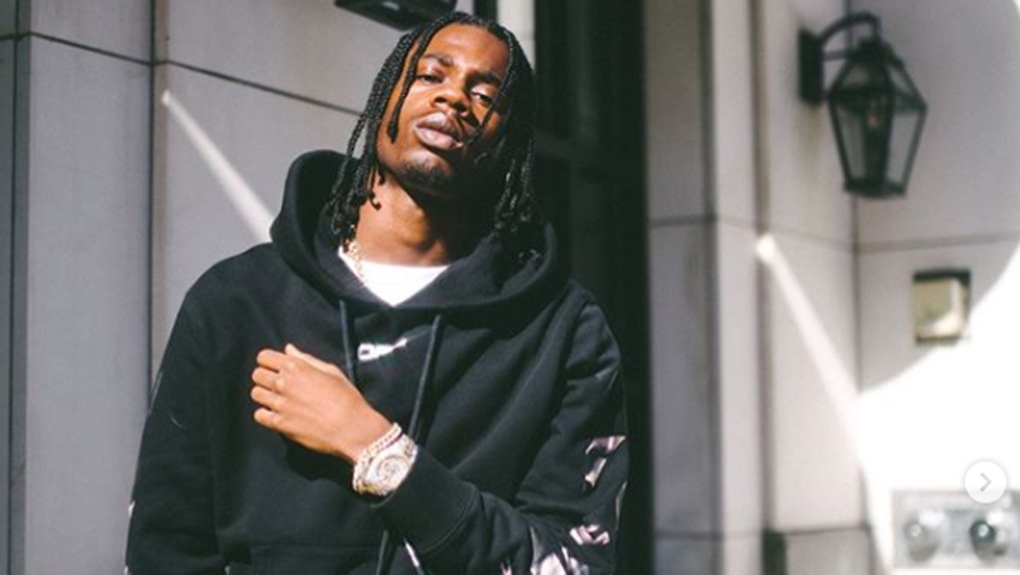 Dimarjio Jenkins, known as "Houdini," is seen in this photo. (Instagram)

A Brampton teen has been arrested in connection with the murder of a well-known Toronto rapper who was gunned down in the city’s Entertainment District over two years ago.

On May 26, 2020, Toronto police responded to reports of shots fired in the area of King Street West and Blue Jays Way at around 4 p.m.

The shots erupted in broad daylight in an area that is typically busy with a lot of pedestrians during the day.

Witnesses reported hearing up to 10 gunshots before police arrived on scene a short time later.

Dimarjio Jenkins, who is also known as rapper Houdini, was found with gunshot wounds and rushed to hospital in critical condition.

Jenkins, 21, was pronounced dead a short time later in hospital.

A 15-year-old boy, who was with Jenkins and allegedly returned fire, was also injured in the shooting, as well as a 27-year-old woman who police said was a bystander. 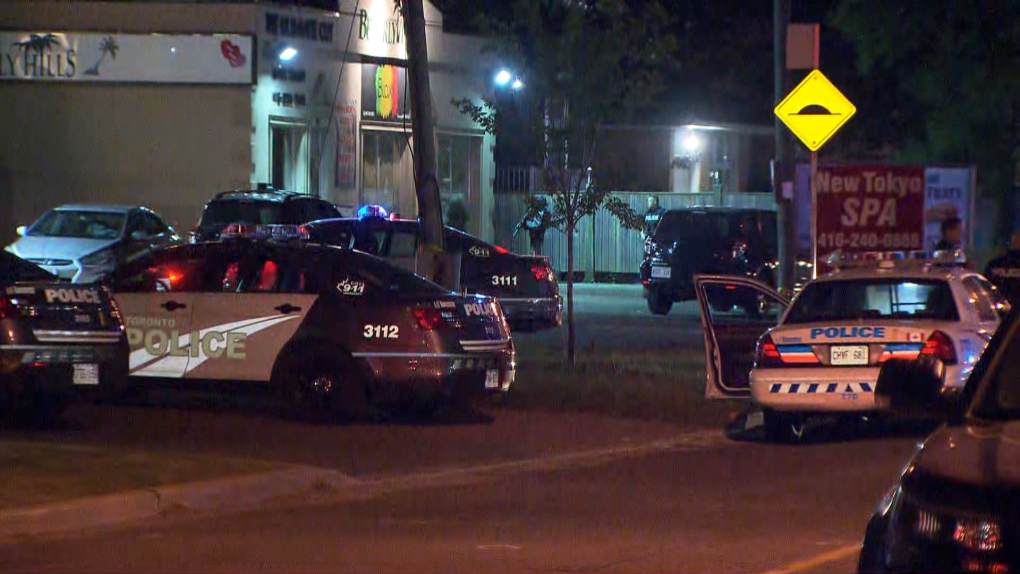 Toronto police cruiser are seen at the scene of a shooting near Jane and Wilson streets on Tuesday night.
Two weeks later at a memorial for the rapper, gunfire erupted in a parking lot on Beverly Hills Drive, near Jane Street and Highway 401.

Police said a vehicle pulled up to the memorial and a shooter exited and opened fire on the crowd. Then at least five people who were attending the vigil returned fire, police said. More than 60 rounds from at least four different calibre guns were fired during the incident, according to police.

A short time later, police said two individuals from the memorial took themselves to a nearby hospital with gunshot wounds.

Two suspects were arrested in that shooting, police said.

On Aug. 13, Peel Regional Police said they made an arrest in connection with Jenkins’ homicide.

Last week, officers investigated a vehicle near an establishment in the area of Eglinton Avenue East and Dixie Road in Mississauga, police said.

Two firearms were located in the vehicle and a 19-year-old male in the vehicle was wanted on a Canada-wide warrant for firearm-related offences in relation to the Jenkins case.

The teen, who is from Brampton, was a youth at the time of Jenkins’ murder and cannot be identified under the terms of the Youth Criminal Justice Act.

He was arrested and held for a bail hearing.