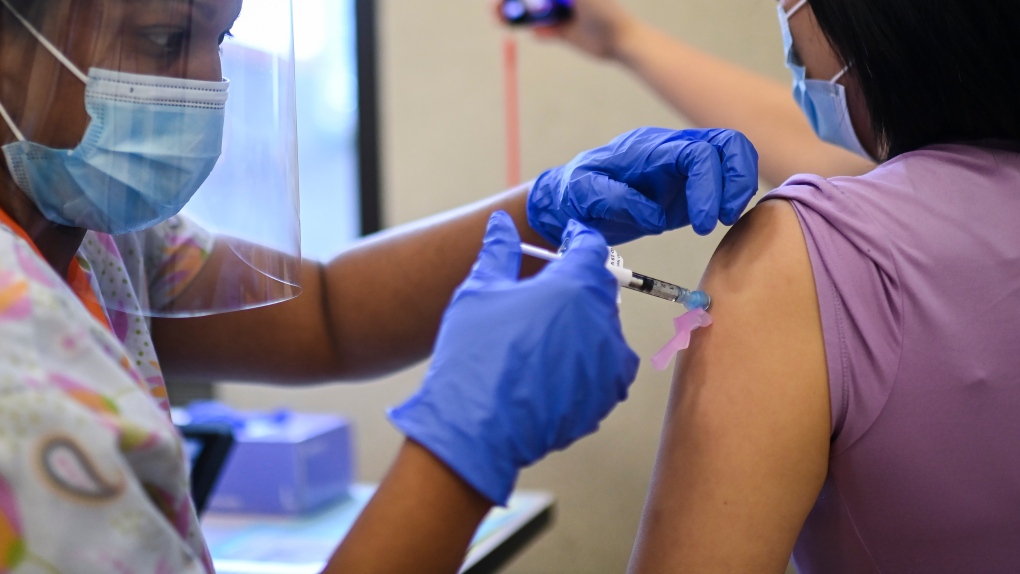 TORONTO -- Brampton Mayor Patrick Brown says he has been “inundated” with calls and emails from factories in Peel Region eager to set up on-site vaccination clinics and is urging the province to boost allocations of COVID-19 vaccine to Ontario’s hot spots.

“Although the goal that was stated by the province was really encouraging, we need to see details on how we are going to get there.”

Last week, the province vowed to begin vaccinating employees in hot spot workplaces, including large factories in Peel Region. Premier Doug Ford also said Ontario would immediately prioritize everyone over the age of 18 in hot spot postal codes in Peel Region and Toronto for vaccination.

“Right now the enthusiasm to get vaccinated has been incredible. Every day I get calls from companies saying, ‘Sign me up,’” Brown said.

“Just yesterday Canada Post, their union... said they’ve had three outbreaks and they want on-site vaccinations. Magna said they’ve got literally thousands of employees in Peel. They will bring in their own physicians and nurses as long as they get the vaccines. Canadian Tire distribution centre, Amazon, the list goes on and on.”

Brown said he is also getting hundreds of calls from constituents between the ages of 18 and 49 who want to be vaccinated but he said Peel Region does not have sufficient supply to get the vaccine out to these priority communities and workplaces.

“They were encouraged to see the provincial announcement and they want to sign up. So we are eager to hear how additional supply and allocation will be provided,” Brown said.

“We can have these stated goals that are so bang on... it was music to my ears out of Queen’s Park, but we need the allocation so we can do that work.”

“I am inundated with requests now from factories and constituents that what to join that queue,” he said.

Many people have expressed frustration over the Ford government’s lack of clear communication about how and when workers and residents in hot spot communities will receive their shot.

The province said Tuesday that they are currently exploring the possibility of workplaces in hot spot communities hosting their own on-site clinics to vaccinate people ages 18 and older.

Currently, adults who are under the age of 50 in hot spot postal codes in Toronto and Peel Region are unable to book appointments through the provincial portal and are not eligible to receive a shot at city-run immunization centres.

The vaccine is being distributed to younger adults in hot spot communities solely through mobile teams and pop-up clinics.

Earlier this week, University Health Network opened registration up to people ages 18 and older in three hot spot postal codes in Toronto but was forced to pause registration about 24 hours later. The hospital network said more than 20,000 residents registered to receive a shot but they simply do not yet have sufficient supply to inoculate them.