Brampton, Ont. parents charged after more than 100 kg of drugs found in luggage and child’s suitcase 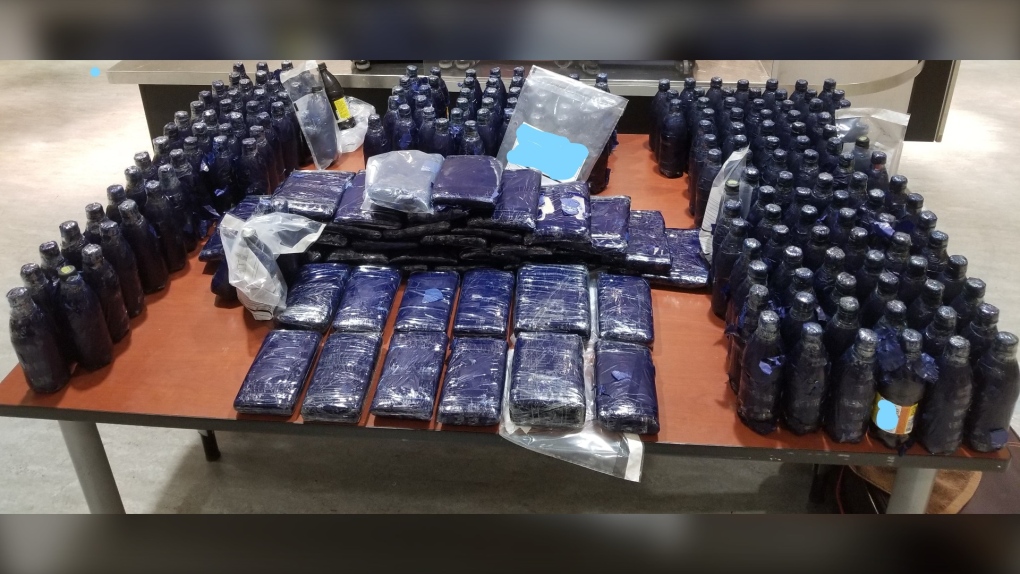 Officers from the CBSA and RCMP seized $1.6 million worth of drugs at Toronto Pearson airport on Feb. 7. (Handout)

TORONTO -- Two Brampton parents have been charged after border officials allegedly found more than 100 kilograms of drugs hidden in their luggage and one of their children’s suitcases at Toronto Pearson airport earlier this month.

On Feb. 7, Canada Border Service Agency officers examined the luggage of the parents and their children, aged 10 and 12, after they arrived from Montego Bay, Jamaica.

Police said the officers discovered 7.7 kilograms of cocaine, 93 kilograms of marijuana, and 218 grams of hashish during the examination.

One of the suitcases where cannabis was found was checked in under the ticket of their 12-year-old child, police said.

The drugs seized are estimated to be worth a total of over $1.6 million.

Police said the children were released to other family members in consultation with Peel Children’s Aid Society.

The parents were released on bail and are scheduled to appear at a Brampton court in April.