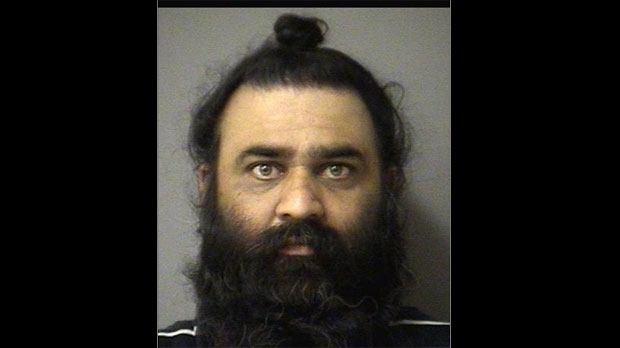 Police released this photo of Darshan Dhaliwal, a Brampton man charged with defrauding a woman in a 'spiritual scam.'

BRAMPTON, Ont. -- A 40-year-old man from Brampton, Ont. is facing charges after allegedly defrauding a woman of more than $60,000 by persuading her of his mystical powers.

Peel Regional Police say the man approached the alleged victim last year, told her he had won a lottery, and allegedly convinced her his good luck was due to his unusual closeness to God.

Police allege the man talked the woman into giving him large quantities of money that he said he would bury in the ground and pray over in order to remove evil spirits.

They say he later allegedly convinced her to allow him to perform the same prayers over her jewelry.

Police say the woman became suspicious when neither her cash nor her jewelry were returned as promised.

Darshan Dhaliwal has been charged with fraud over $5,000 and breach of recognizance.