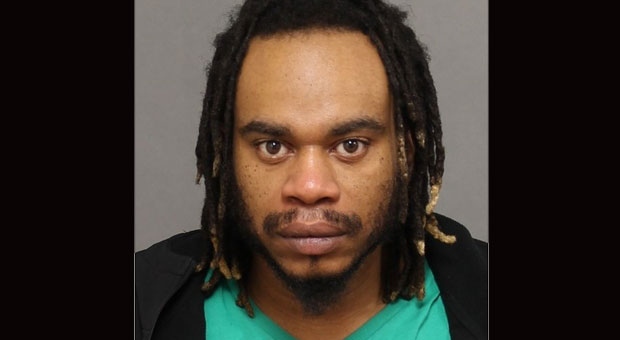 A Brampton man accused of violently assaulting a woman and forcing her into the sex trade has been arrested, Toronto police confirm.

According to investigators, a man physically assaulted a 28-year-old woman multiple times and on one occasion, broke some of her ribs. The man, police allege, put the woman’s photo on the site Leoist.com and forced her to work in the sex trade in the Greater Toronto Area.

Investigators say the woman was forced to abide by the man’s rules and turn over all of her earnings to him.

“The man used deception, false promises, intimidation, fear, assaultive behaviour, and threatened the woman’s family and pet to exercise control over her actions and movements,” police said in a news release issued Wednesday.

The suspect, identified by police as Justin Reuben Europe, a 32-year-old Brampton resident, has been arrested and charged in connection with the human trafficking case.

He is facing a total of 11 charges, including trafficking in persons by exercising control, assault causing bodily harm, and uttering threats.

Police say they are concerned that there may be more victims and are asking anyone with information about the case or suspect to contact investigators.