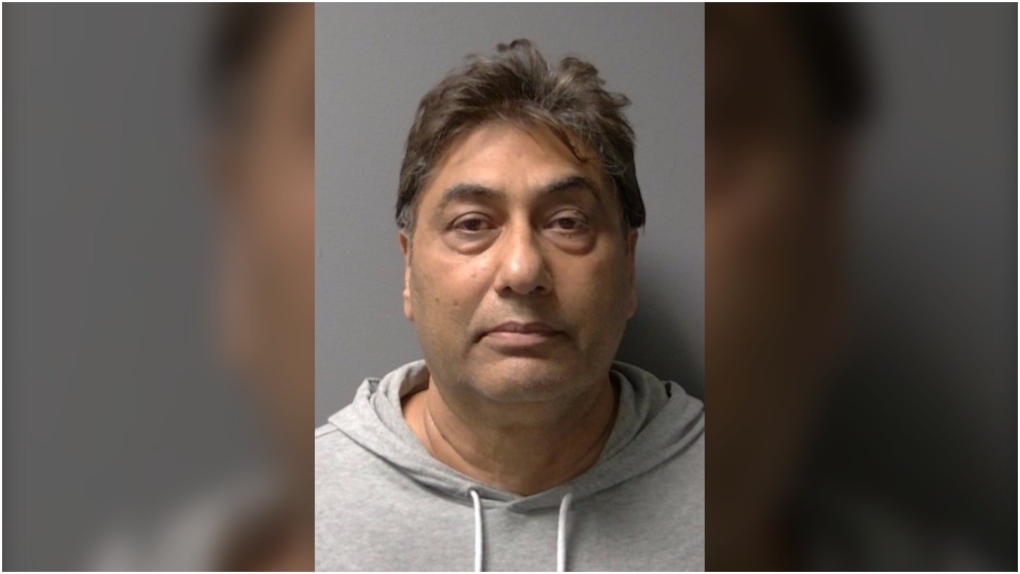 Sukhbinder ‘Sunny’ Saini is facing charges after he allegedly sexually assaulted a student of his unlicensed driving school in Brampton. (Peel Regional Police)

TORONTO -- Police have charged a man who was running an unlicensed driving school in Brampton after he allegedly sexually assaulted a student during an in-car lesson.

The female victim was 16 years old at the time of the incident and was a student of Sunny’s Driving School, which police say is not an authorized or accredited school through the province of Ontario.

The student was victimized while receiving instruction during an in-car lesson but did not suffer any physical injuries, police said.

Sukhbinder ‘Sunny’ Saini, 61, of Brampton has been charged with sexual assault and sexual exploitation as a result of the investigation.

Police said Saini advertised his unlicensed services through online classified websites. Investigators believe there may be additional victims and are asking those “that have not yet reported similar incidents to police” to contact the Special Victims Unit at 905-453-2121 ext. 3400.

Anyone with information regarding the investigation is asked to contact police or Crime Stoppers.