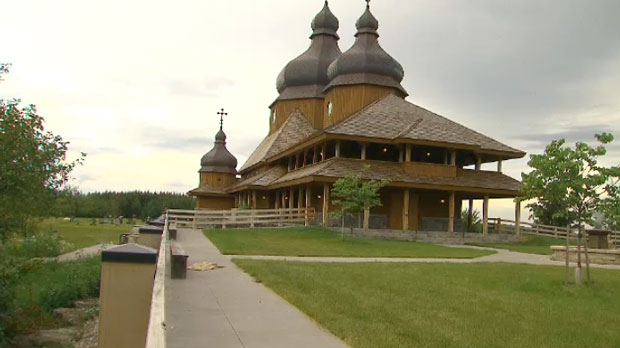 Saint Elias The Prophet Church in Brampton on July 16, 2017.

BRAMPTON, Ont. -- Police say a fire that broke out at a Ukrainian Catholic church northwest of Toronto early Sunday morning was deliberately set.

Emergency crews were called to Saint Elias The Prophet Church in Brampton, Ont., shortly after 2 a.m.

Officers say the church sustained minimal damage to its exterior and no one was injured.

Peel region police are asking for any dash-cam footage or surveillance video of the area around the time of the fire and for any witnesses to come forward.

The church was recently rebuilt after it was gutted in a massive blaze in 2014.