Boy, 5, starved to death by grandparents was called a pig, inquest told 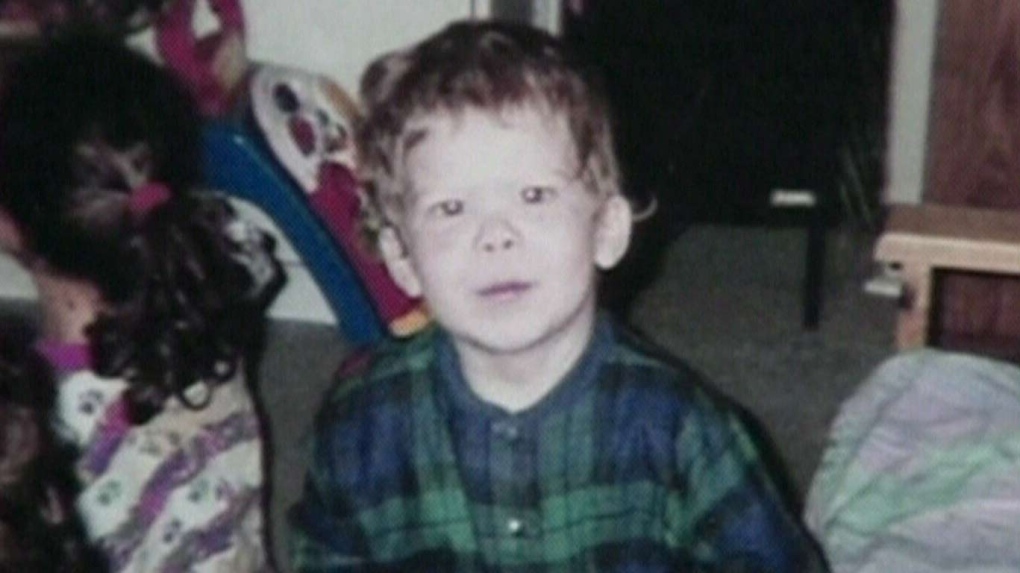 Jeffrey Baldwin is seen in this undated photo.

TORONTO -- A six-year-old girl raised to think of herself and her little brother as "pigs" -- they were treated as such -- thought she might die after the emaciated boy succumbed to starvation at the hands of his grandparents.

A coroner's inquest into the death of five-year-old Jeffrey Baldwin heard directly from his surviving siblings Thursday about the torment Jeffrey and one of his sisters suffered during his short life.

The inquest was shown videos of police interviews that Jeffrey's two sisters gave in 2002 and 2003, not long after his death.

They painted a horrific picture of the neglect and abuse in the Toronto home of Elva Bottineau and Norman Kidman after they were granted custody of their four grandchildren despite having previous child abuse convictions.

While the eldest sister and youngest boy were cared for -- Jeffrey and his six-year-old sister were referred to as the "pigs," confined for long stretches of time to their unheated, barely furnished bedroom and forced to urinate and defecate in there, the inquest heard.

A little more than two months after Jeffrey had wasted away and died in the bedroom they shared, his middle sister is seen on video at a table colouring a picture while Det. Kim O'Toole asks her questions.

"Who's that a picture of?" O'Toole asks.

O'Toole asks who is Piggy.

"Me," she says, in a nonchalant manner. Her grandparents called her that, she explains, though she isn't able to say why.

Her older sister elaborates slightly in her police interview, saying she and her youngest brother were taught not to like Jeffrey and his other sister.

"Just cause they were bad in every single way," she tells O'Toole, who had asked why the two siblings were called pigs.

"Me and (the youngest boy) were the good ones and (the other sister) and Jeffrey were bad ones, that's how it goes."

The middle sister tells police in her interview that her brother Jeffrey is dead. O'Toole asks what happened.

"He died at the hospital," the girl says. "And I might die too."

Jeffrey and his sister were locked in their room at night and couldn't get to the washroom so it "stinked in there," the older sister said. "It's like a pig pen."

"She would say, 'Hurry up, you pig, pig,' or something like that," the older girl said.

Kidman, she said, would give the kids "a lickin," hitting them with his hand, a newspaper or a slipper if they misbehaved.

The only time she ever saw Jeffrey smile, she said, was if their parents visited, which wasn't often because Bottineau and Kidman did not like them.

If and when Jeffrey and his sister were fed they got one bowl between the two of them, containing a mixture of leftover food that the rest of the family didn't eat, the older sister said.

The two had to stand in the "pig corner," on a mat intended for the family's dog, she said.

Jeffrey didn't go to school, the inquest has heard. The older sister said she was not allowed to talk about Jeffrey at school because Bottineau and Kidman were afraid that children's aid would come and seize all the children.

They did, after Jeffrey died, and Bottineau and Kidman were ultimately convicted of second-degree murder in his death and forcible confinement for their treatment of the sister.

A pediatric nutritionist told the coroner's inquest Wednesday that when Jeffrey died in November 2002 he weighed just 21 pounds -- less than he did on his first birthday.

Dr. Stanley Zlotkin examined Jeffrey's case and told the inquest that in all his years of research in Third World countries he had never seen a child so malnourished and stunted.

Pathologist Dr. Gregory Wilson told the inquest Jeffrey would have "suffered greatly" as he died.

The day before Jeffrey died Bottineau wrapped him in a blanket and set him in front of the TV, but he couldn't keep his head up, the oldest sister said.

"It keeped on falling down," she said. And he couldn't walk.

"My grandma thought he was just being lazy," she said.

Jeffrey, at nearly age six, was still wearing diapers and his six-year-old sister told police she would help him go to the bathroom.

"And when I grow up, I'm going to help Jeffrey," the girl says. "And Jeffrey's gonna be a Bob the Builder."