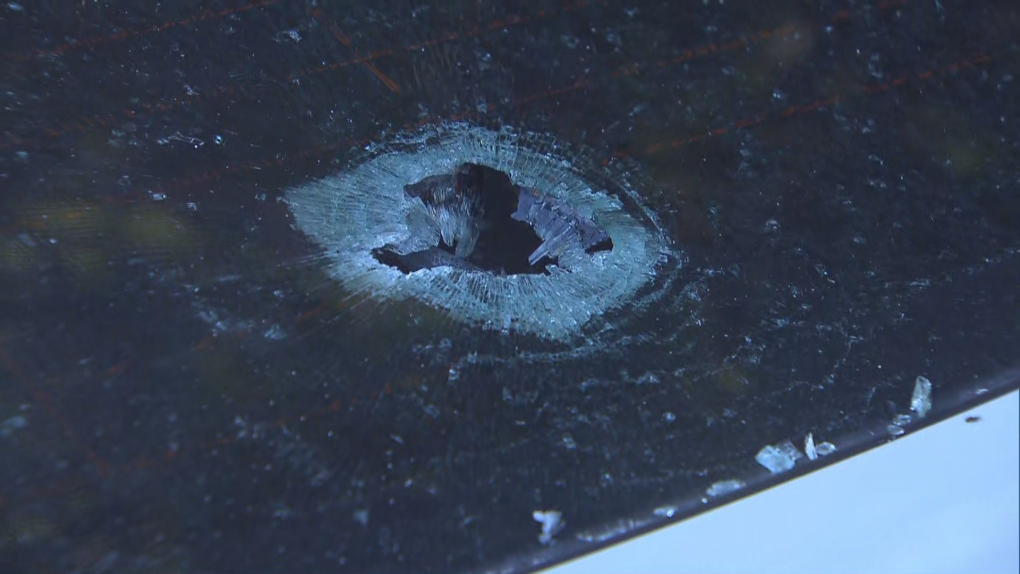 A bullet hole can be seen in a vehicle after a 16-year-old teenager was shot in Toronto overnight. (CTV News Toronto) 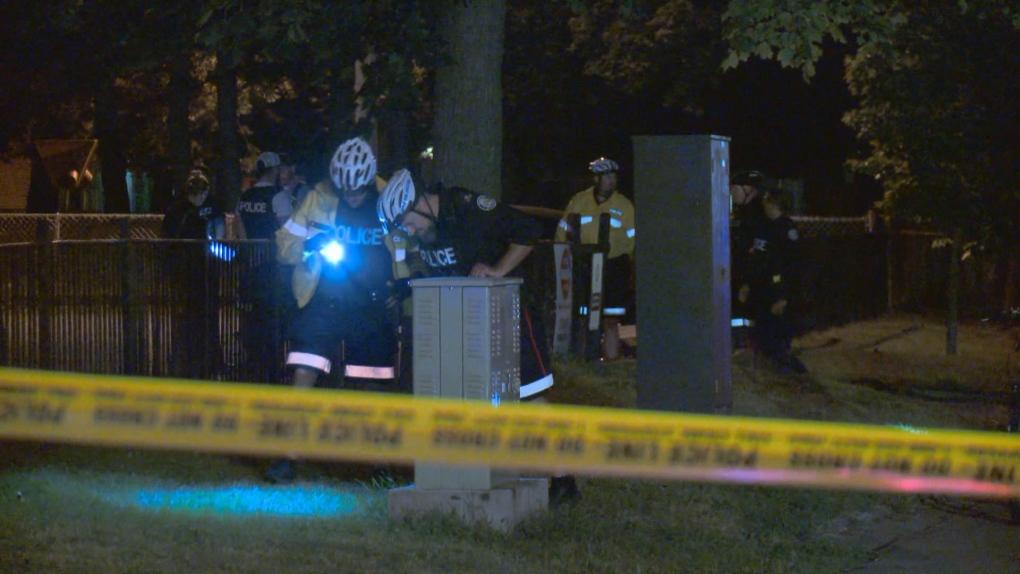 A 16-year-old boy was taken to hospital with serious injuries after shots were fired in a residential area near the Danforth overnight.

It happened in a school parking lot near Donlands Avenue and Strathmore Boulevard at around 12:30 a.m.

"Officers were nearby in the area and responded immediately," Insp. Norm Proctor said. 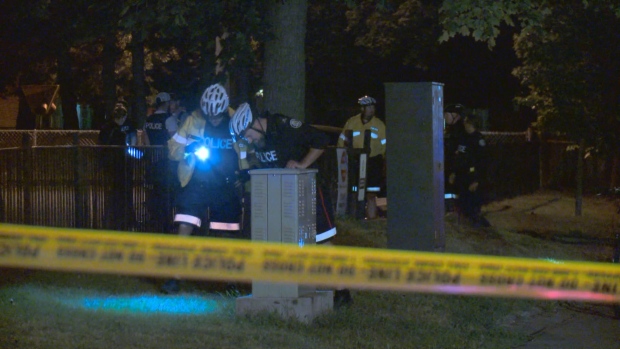 The teen was taken to hospital with serious, but non-life-threatening injuries, Toronto Paramedic Services said.

Another male was arrested at the scene on an unrelated matter, Proctor said.

Police said the victim sustained a gunshot wound to the leg and that they are investigating the possibility that he may have accidentally shot himself.

A handgun was recovered in the investigation, police said.

A white Hyundai Elantra still parked on Strathmore Boulevard early Sunday could be seen with a bullet hole in the back windshield.

No other injuries were reported.