Boy, 14, charged in stabbing of other boy in Toronto: police 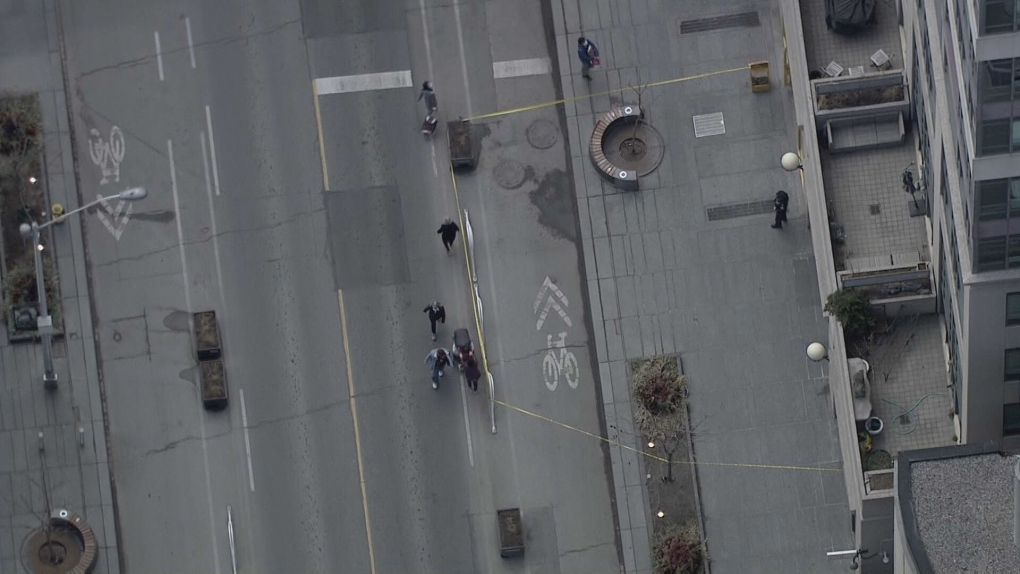 Toronto police are investigating a stabbing in the Bloor Street West and Avenue Road area. (Chopper24)

TORONTO -- Toronto police say they have arrested and charged a 14-year-old boy after another teen was stabbed several times in the city’s Yorkville area on Wednesday afternoon.

Emergency crews were called to the area of Bay Street and Bloor Street West at 3:32 p.m.

They arrived to find a 15-year-old boy suffering stab wounds to his leg and torso.

He was taken to a hospital trauma centre for treatment of non-life-threatening injuries.

Officers canvassed the scene and arrested a 14-year-old boy a short time later.

He cannot be identified per the terms of the Youth Criminal Justice Act.

The boy was charged with assault with a weapon, two counts of carry a concealed weapon and weapons dangerous.

They are schedule to attend Jarvis Street Youth Court on June 23.