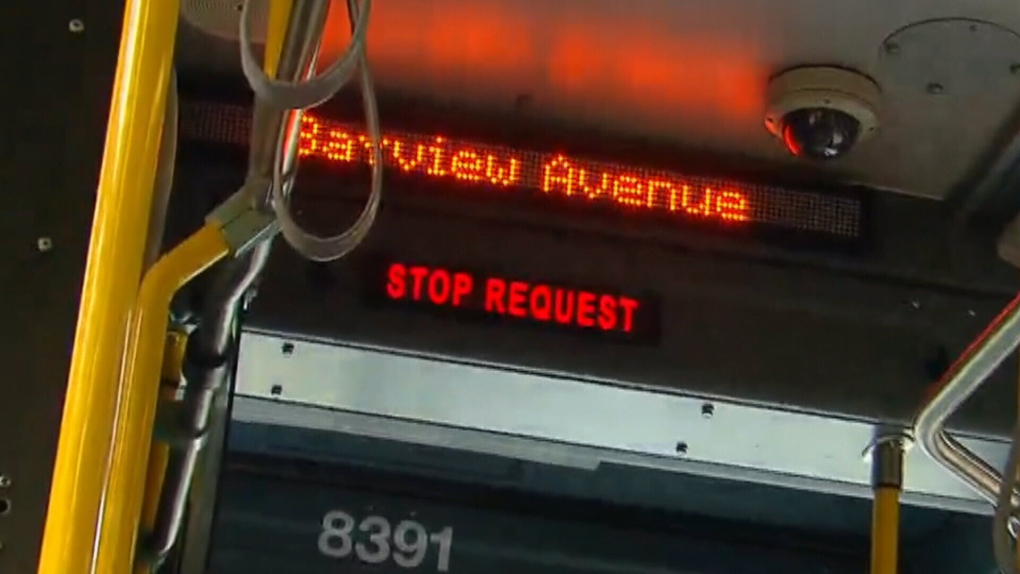 The inside of a TTC bus is seen.

Toronto commuters will no longer hear the bizarre pronunciation of the word "avenue" on its buses after the glitch was fixed.

The problematic pronunciation began in late June when the TTC rolled out an update that it hoped to change the way the robot said "ah-ven-OO" that commuters thought sounded too American.

Green has said the change to the Canadian sounding "ah-ven-YEW" wasn't as simple as they thought.

The change caught commuters attention, which led to a deluge of comments on social media.

Green says the commission has simply reverted to the American sounding pronunciation of the word, rather than put in more work and money to fixing the "avenue" problem.