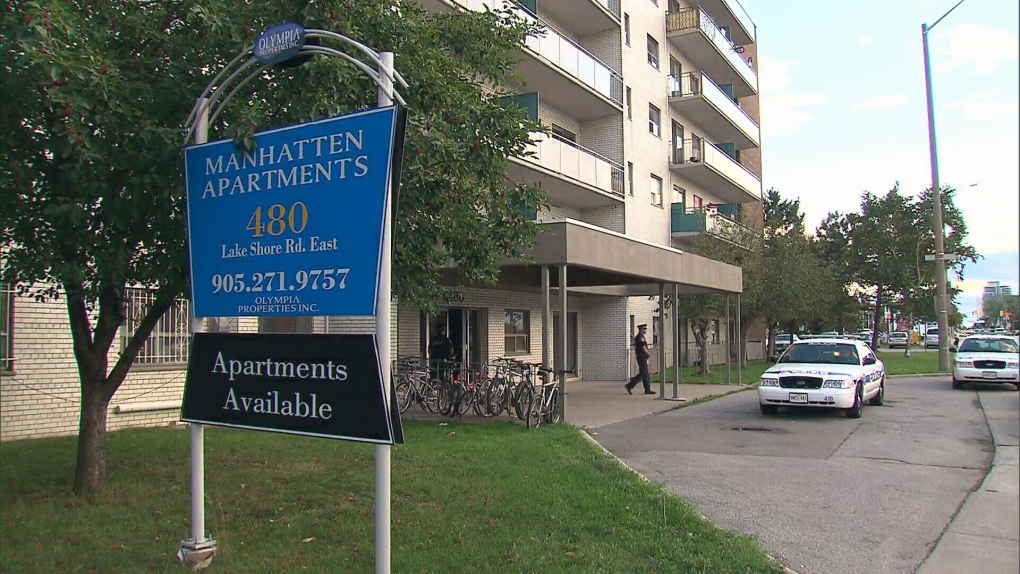 Peel Regional Police investigate an apartment building in Mississauga where a woman was found without vital signs, Saturday, Sept. 8, 2012.

Peel Regional Police are investigating after a woman’s body was found at a Lakeshore Road apartment in Mississauga on Saturday afternoon.

The woman, who investigators estimated to be in her 40s, was found in an apartment unit at 480 Lakeshore Rd. East shortly after 1:30 p.m.

Const. George Tudos said officers found the victim without vital signs and with obvious signs of trauma. The victim was pronounced dead at the scene.