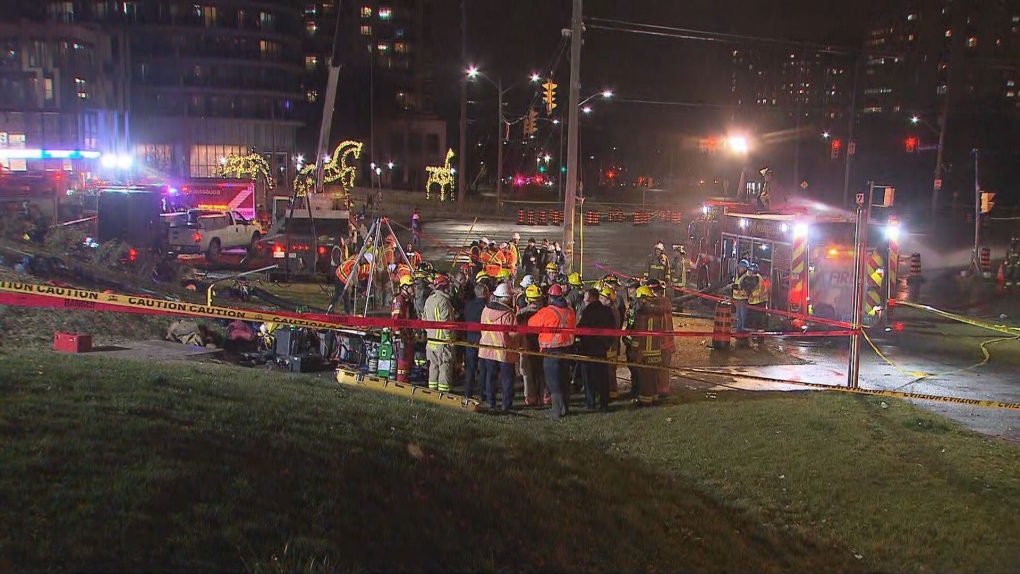 Crews are working at the scene of an industrial accident in Mississauga.

The body of a man has been recovered following an industrial accident in Mississauga on Friday, Peel Regional Police say.

Emergency crews responded to the area of Hurontario Street and Burnhamthorpe Road shortly after 3:30 p.m. for reports of flooding at a work site.

Fire crews were alerted to one worker who was trapped in an underground tunnel with water rapidly rising.

Police said all workers except one got out safely.

Crews were working into the early hours of Saturday to find the missing worker.

He was pronounced deceased at the scene, police said.

A spokesperson for the Ministry of Labour confirmed to CP24 that work was being done inside a water main when it burst and filled the chamber.

Watermain and sanitary sewer improvement work is being done in the area.

The Ministry of Labour named Technicore as the employer, a Canadian-owned tunnelling business.

The ministry said two orders have been issued to the company, including not to disturb the scene and for the company to provide documents and procedures.

The ministry’s investigation is ongoing.