TORONTO -- The body of a newborn child was recovered from the basement of a Hamilton home Thursday afternoon, police said, and two people, believed to be the baby's parents, were charged.

Police were called to a house on Wellington Street North just after midnight on Wednesday after receiving a tip from a community member regarding "suspicious circumstances."

Shortly after, an investigation was launched into an unconfirmed report about a baby being buried at the home. Two people were taken into custody later that day in relation to the investigation.

Speaking to reporters at the scene on Thursday afternoon, Det. Sgt. Jim Callender confirmed that they located the body of an infant buried in the basement. 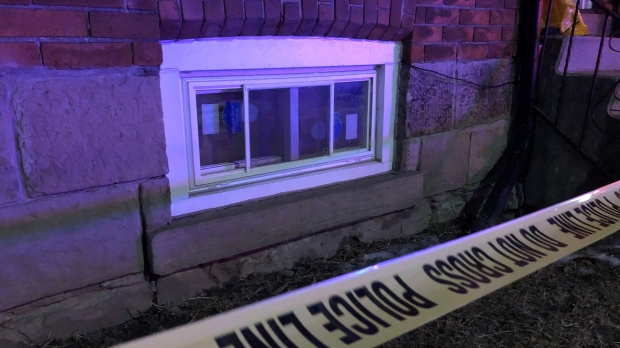 He said a portion of that basement is soil, so they brought in forensic anthropologists to assist them.

"This is a tragic scenario that's gone on here, one that no police officer or individual wants to deal with, but it's one that we are dealing with today," Callender said.

"I think this is one of those situations that no officer wants to come across."

Nathan O'Brien, 34, and Winnie Ensor, 24, have been charged with criminal negligence causing death and interfering with a dead body.

Callender said the two individuals are believed to be the baby's parents.

"We've spoken with both of them, and part of the information they provided has been of assistance to us," he said. 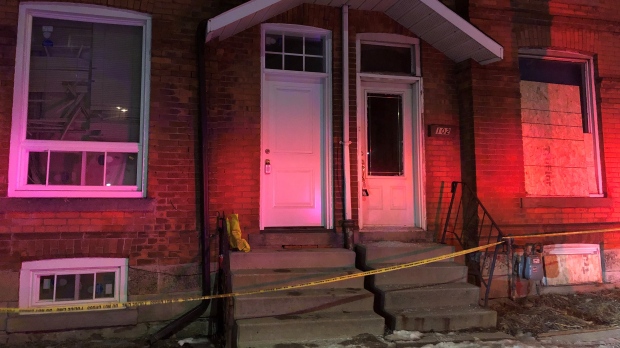 Callender added that O'Brien and Ensor did not live at the residence.

A neighbour told CTV News Toronto on Wednesday that squatters often use the residence, and police are frequently called in.

When asked about motive, Callender said, "the circumstances that arise and are part of this investigation, there's some sensitivity to that, so I'm not going to discuss that."

"We have been working closely with the Ontario Forensic Pathology Service, and the coroner has also been engaged. This will continue on for the next couple of days."