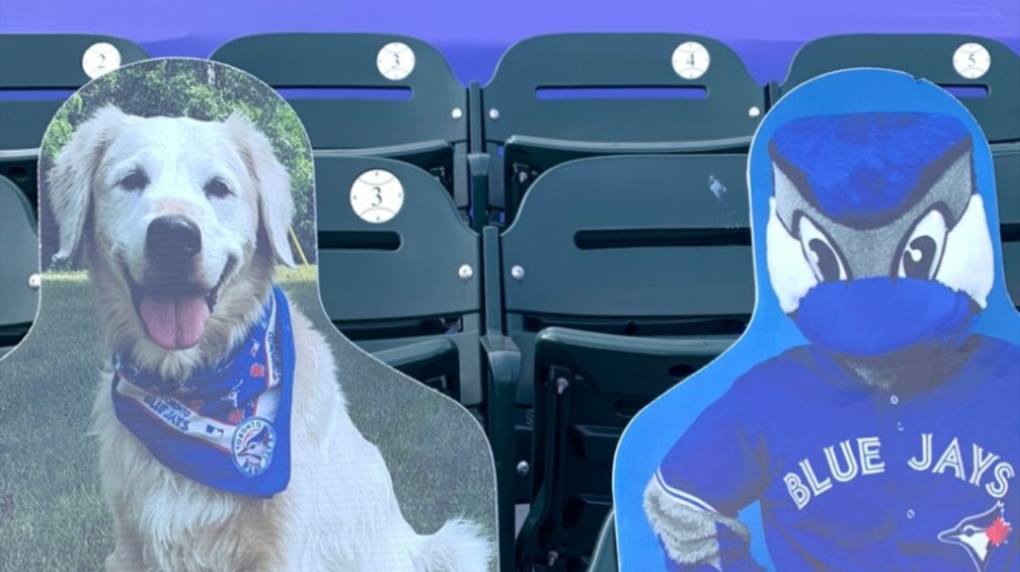 A cardboard cut-out of Benji is seen at the Toronto Blue Jays game.

TORONTO -- The Toronto Blue Jays took to social media to wish a senior dog well after he was allegedly injured at an off-leash park in Vaughan, Ont. last week.

Benji, a 12-year-old golden retriever, was rescued by his owner in May.

“Benji is a gentle old soul who has been through a lot in his life,” Steven Klein told CTV News Toronto. “We just fell in love with him. He’s such a wonderful guy.”

Klein said the family’s goal is to give Benji the best home in his twilight years. They even purchased him a cardboard cut-out of the retriever wearing a Toronto Blue Jays bandana that will be placed in the stands when the team plays in Buffalo.

On Sept 13, Benji was running at an off-leash dog park in Concord, near Highway 7 and Dufferin Street, when he was seriously injured in what Klein called an unprovoked attack. 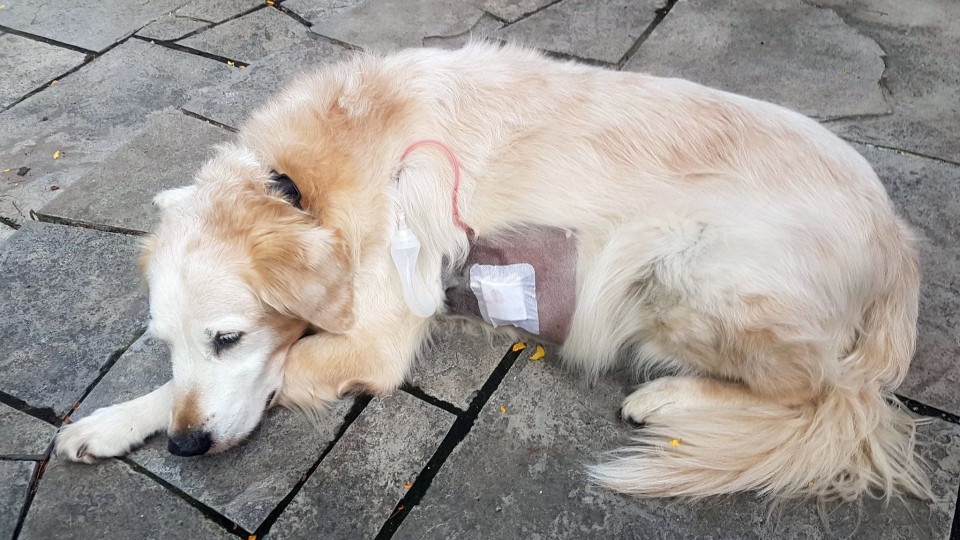 “I heard this really violent growling sound and I looked to my left and I saw Benji being chased down by a rather large dog and I heard him yelp,” he said.

According to Klein, Benji suffered a wound to his mid-section and required surgery. He is slowly recovering from the incident.

On Wednesday, the Jays posted a photo on their Instagram story featuring Benji’s cut-out, with the message “special seat for Benji.” 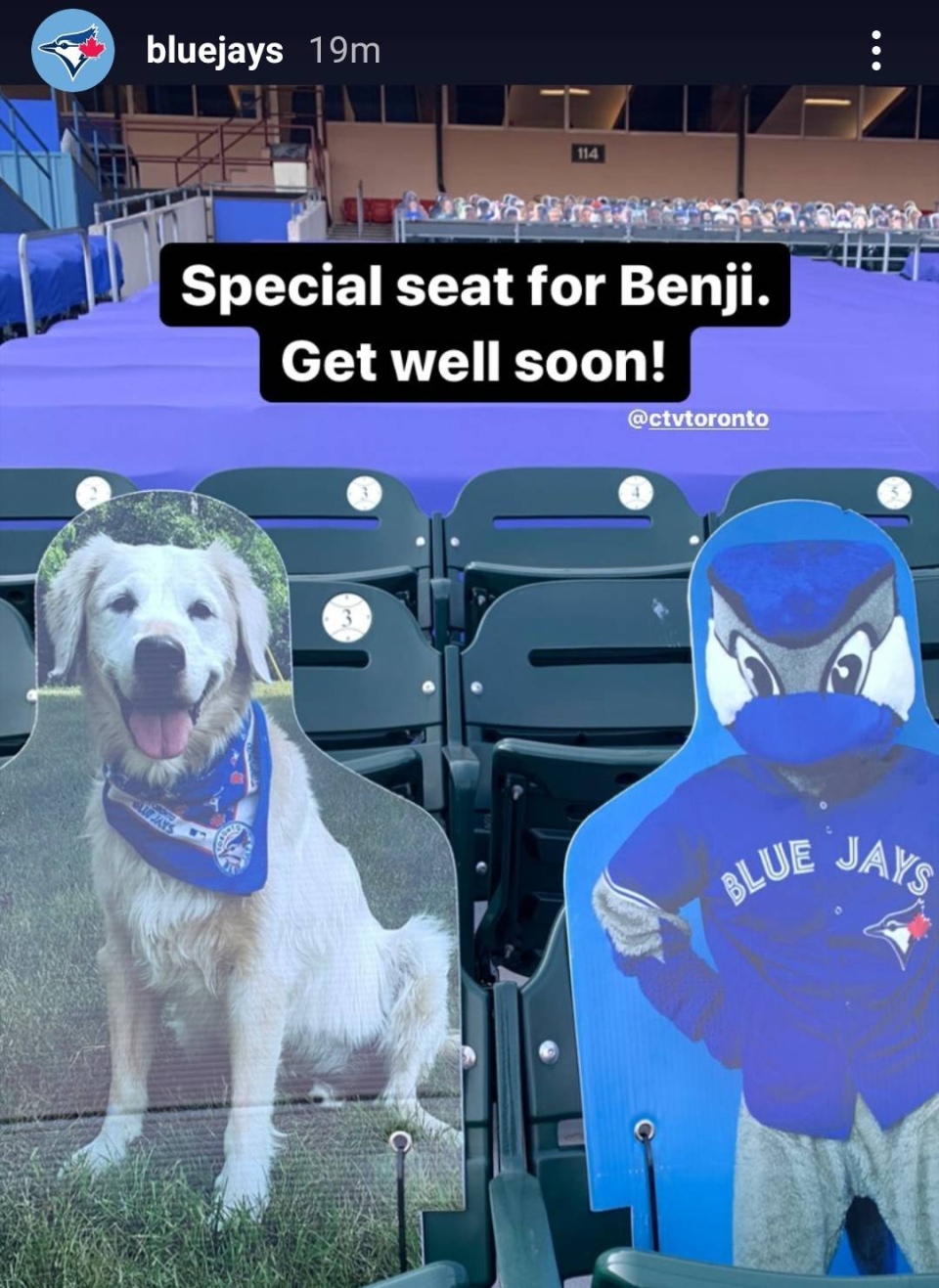 Benji is seen in the photograph sporting his signature Jays’ bandana alongside the team’s mascot.

The Blue Jays will be facing off against the New York Yankees Wednesday night.

It costs $60 to get a cardboard cutout for the 2020 regular season and a portion of the proceeds go to the Jays Care Foundation.