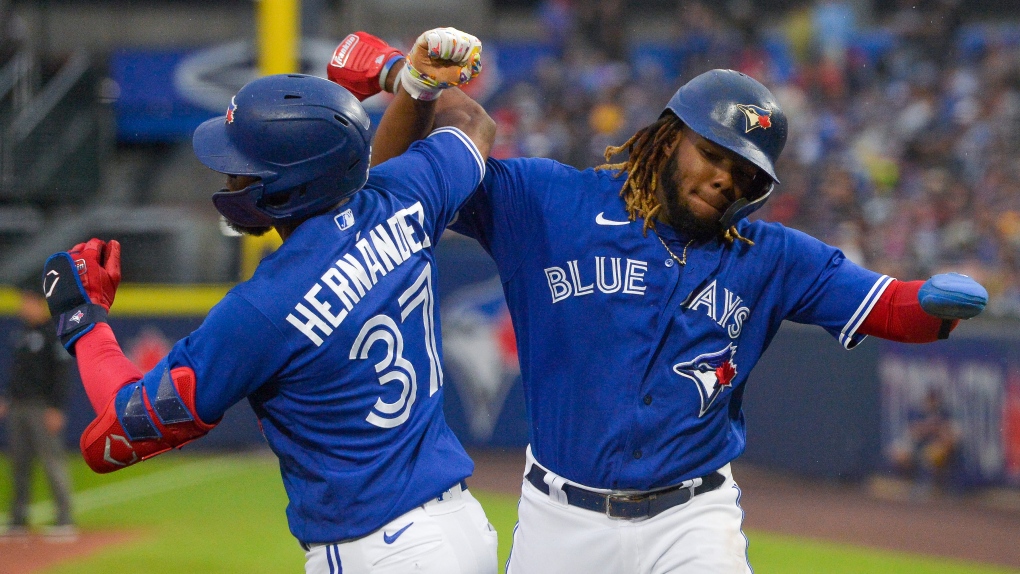 BUFFALO, N.Y -- Blue Jays president Mark Shapiro has a greater appreciation for what Toronto means to his team after being forced to spend nearly two years away.

"Home is Toronto and home is Canada, for our organization and for our players," he said on a video call Saturday. "It's more crystal clear than it ever has been."

The Jays are finally set to return to Toronto after the federal government granted the club a national interest travel exemption Friday. The move will allow the team to host games at Rogers Centre starting on July 30.

Shapiro said the team has also received approval to treat the stadium as an outdoor venue and allow up to 15,000 fans at games, about 30 per cent of the stadium's 49,286-person capacity. He said the retractable roof will be open as long as the weather allows, and additional measures have been taken to ensure proper ventilation.

The stadium has also undergone renovations, including new turf, a new sound system, new batting cages and cosmetic changes to the 100-level concourse.

The Jays last played at Rogers Centre on Sept. 29, 2019 when they closed out the season with an 8-3 win over the Tampa Bay Rays.

"It's been an incredibly challenging at times last year-and-a-half, two years," he said. "But one that I think is going to be an important part of who we are as a team and an organization going forward."

The Jays played last season's 60-game condensed schedule out of Buffalo, N.Y., and started this year's campaign in Dunedin, Fla., before relocating to Buffalo.

While the team has missed playing a "true home game," the experience has strengthened ties with the community that's home to the club's triple-A affiliate, Shapiro said.

"We're going to leave (Buffalo), I think, having built a bond with the fans here that we have never had before to this level," he said. "We're going to leave here knowing that the player development conditions here are better than they've ever been and knowing that the roots of a long-term relationship have been reinforced, cemented and will have greater meaning, historic meaning, than they've ever had in the past."

Players and staff alike are looking forward to being back in Toronto, Shapiro said, even if it means moving for the second time this season.

Settling back into Toronto and playing in front of hometown fans again will be a boost for the team as it strives to clinch a playoff spot, Shapiro said.

The Jays currently sit third in the AL East with a 46-42 record.

A deep post-season run would be an ideal way to cap two difficult seasons, Shapiro said.

"How incredible would it be to think about the journey that we've experienced -- the uncertainty of last season, playing a 60-game season in Buffalo, playing in three different homes for this season, and finally getting back to the place we all believe in and care about and feel a bond and tied to -- to end that with the last game would be maybe one of the greatest baseball stories ever written?" he said. "That's certainly a story I'd like to be a part of."

This report by The Canadian Press was first published July 17, 2021.