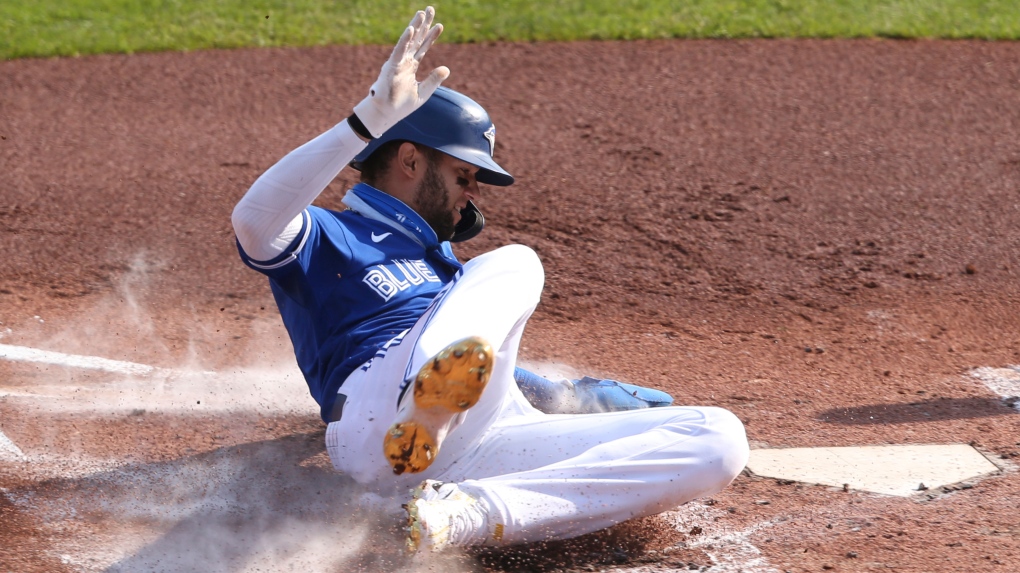 BUFFALO, N.Y. -- Feeling healthy, confident and ready for the next challenge, the Toronto Blue Jays capped their regular season Sunday by tuning up for their first playoff appearance in four years.

A series against the top-seeded Tampa Bay Rays was locked in when the Blue Jays dropped a 7-5 decision to the Baltimore Orioles in a game that meant little for either team.

Toronto gave slugger Teoscar Hernandez the day off and rested most of its relievers so they'd be fully charged for Game 1 on Tuesday at Tropicana Field. The Rays have been the class of the American League but did have some trouble with the Blue Jays at times, making this best-of-three wild-card series all the more intriguing.

“They're looking forward to the challenge and I love that about our kids,” said Toronto manager Charlie Montoyo. “They really want it.”

By losing to Baltimore, the Blue Jays - who sealed a post-season berth last Thursday - secured the eighth and final seed.

At the start of the day, Toronto had a chance to rise to the No. 5 seed. Potential outcomes existed that could have seen first-round matchups against the Minnesota Twins, Cleveland Indians or the Chicago White Sox.

Toronto was 4-6 against Tampa Bay this season. Four of the Blue Jays' losses were by one run.

“They're a good baseball team, they do everything well collectively,” said Toronto starter Tanner Roark, who gave up two earned runs to the Orioles over four innings.

Toronto looked like it was on its way to closing the 60-game season on a five-game win streak after homers by Lourdes Gurriel Jr., and Vladimir Guerrero Jr., in the third inning. But the Orioles scored three runs in the fourth and tacked on three more in the fifth.

Toronto right-fielder Jonathan Davis made an all-world play in the second inning to take a home run away from Cedric Mullins. Davis extended his left arm over the top of the wall near the foul pole and managed to squeeze the ball as he crashed to the warning track.

Davis drove in the game's first run in the bottom half of the frame as his sacrifice fly scored Gurriel, who led off with a double. An inning later, Guerrero hit a solo shot for his ninth homer and Gurriel hit a no-doubt two-run blast for his 11th homer of the season.

Mullins helped the Orioles (25-35) cut into the lead with a two-run triple in the fourth inning and Austin Hays drove him in with a sacrifice fly to tie the game. Yamaguchi gave up three straight hits at the start of the fifth and the Orioles pulled ahead to stay.

Travis Lakins Sr., (3-2) worked two innings for the victory. Cesar Valdez pitched a 1-2-3 ninth for his third save.

The Blue Jays finished the pandemic-shortened 60-game campaign with a 32-28 record. Toronto was 17-9 at Sahlen Field, normally home of the team's triple-A affiliate Buffalo Bisons.

“Our confidence right now is great,” Gurriel said via translator Hector Lebron. “We have pretty much everybody healthy. From one through nine, the lineup is good and everybody is feeling great right now which is what you want going into the playoffs.”

Under Major League Baseball's expanded playoff structure, 16 teams will play in the post-season. Division winners are seeded Nos. 1-3 in each league, second-place teams are seeded fourth through sixth and two wild-card teams get the seventh and eighth spots.

The Blue Jays last reached the post-season in 2016 as a wild-card entry. Toronto went on to reach the American League Championship Series for the second straight year.

Toronto's last World Series victory came in 1993. A long playoff drought followed until the Blue Jays returned to the post-season in 2015.

This report by The Canadian Press was first published Sept. 27, 2020.