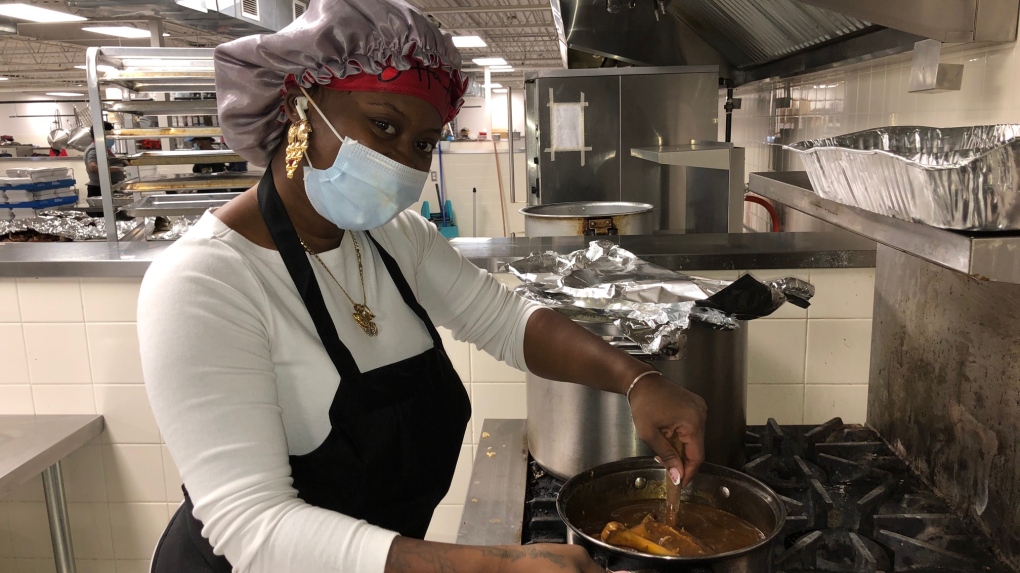 TORONTO -- Twenty Black female chefs from across Toronto have teamed up to cook thousands of Thanksgiving meals this weekend for local shelters.

The inaugural Thanksgiving campaign dubbed “The Feast” is organized by the community organization BLACQ (Black Leading African Canadian Queens), a group of African Canadian business women who have raised money for scholarships and business grants in the past.

“I had reached out to a lot of the shelters I have volunteered with in the past and due to COVID-19 a lot of their complaints was donations are down this year and they were afraid of how they are going to feed all the people they house,” said BLACQ founder Thiana Richards.

BLACQ organized the initiative by putting out a call on social media for chefs and donations. They managed to raise approximately $700 to purchase food, including turkey, chicken and vegetables.

“Thanksgiving is about spending time with family and right now with COVID-19 going on it’s really hard,” said Chef Christine Robinson. “I’m just trying to show people we’re still here even though you are by yourself.”

The goal was to cook 2,000 individual meals that will be distributed to more than 30 shelters across the Greater Toronto and Hamilton Area, but finding the space to safely cook and package the meals amid the pandemic presented another challenge.

Richards reached out Kitchen24, which operates a community hub and has a massive kitchen space to ensure physical distancing at its facility.

Kitchen24 has its own annual Thanksgiving campaign and after hearing about The Feast, owner Steve Kidron was on-board and provided the group a safe space to cook and package the meals for free.

“Many groups are approaching us because they don’t have a kitchen to work with or don’t have a safe environment due to the restrictions,” Kidron said. “So, the moment they approached me I said you are welcome to come.”

All weekend, the chefs have been working on rotations, in groups of five or less in order to adhere to public health guidelines.

Taniel James is the head chef for the initiative and wanted to give back after her personal experience in a shelter with her mother, brother and sister when she was 11 years old.

“For me cooking started when I was in the shelter. I learned to cook my first meal in a shelter,” said James. “ Being in a shelter was an eye opener for me and I’m glad was there.”

James says this is her first charity event and it has inspired to her do more to help those in need.

“I’m happy I was able to give back in some way.”

BLACQ is planning a similar event to support the homeless during Christmas.