A Toronto man who spent nearly $1000 fixing his $400 microwave has had to buy a new one because it still doesn't work.

When Gary Hofman was told by an appliance repair company that it would cost more than $600 to repair his $400 microwave, he was reluctant to do it—but the microwave was the exact size for his custom cabinets.

“The repairman said it was almost $600 just for the part, which is crazy, but I wanted that microwave fixed because it was a high-end microwave," Hofman said. 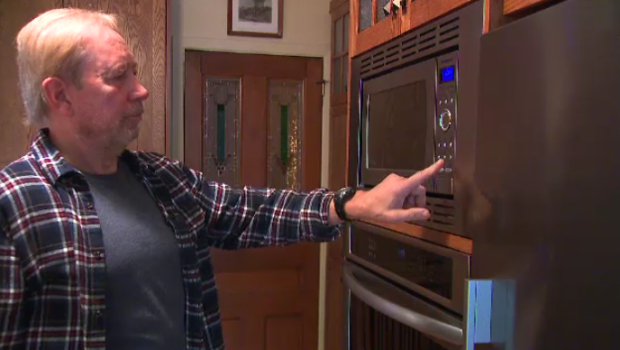 The first bill Hofman paid the repair company was $668, but the microwave still wouldn’t work. He called them to come back and they charged him an additional $300. The device still wouldn’t turn on. 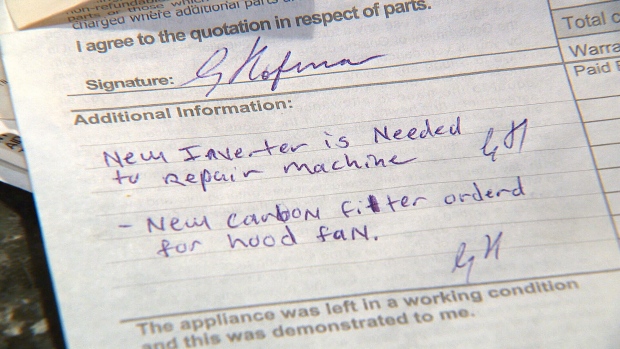 “We've rated these business with an F rating because they have received a high number of complaints and the consumers feel like they've been misled,” Patrick McKeen, the president of the BBB of Central Ontario, said.

Mckeen says that what happened to Hofman is similar to other complaints the BBB has received.

“Consumers are reporting that the price escalates and then even after they pay a significantly higher price than they thought they were going to pay the repair is frequently ineffective,” he said.

The BBB says that when consumers use Google to search for an appliance repair company, the three businesses are often the first to show up in the search engine.

“I think it was the first thing to pop up on my phone,” Hofman confirmed.

CTV News Toronto reached out to Appliance Repair Team, but the company said it had “no comment” on Hofman's repair issue or the BBB's warning.

Hofman had to buy a new microwave and while he would like a refund, he says the company won't return his calls.

If you do need an appliance repaired, you should start by calling the manufacturer and asking who they would suggest. If the repair is more than half the cost of a new appliance, you may want to consider replacing it.