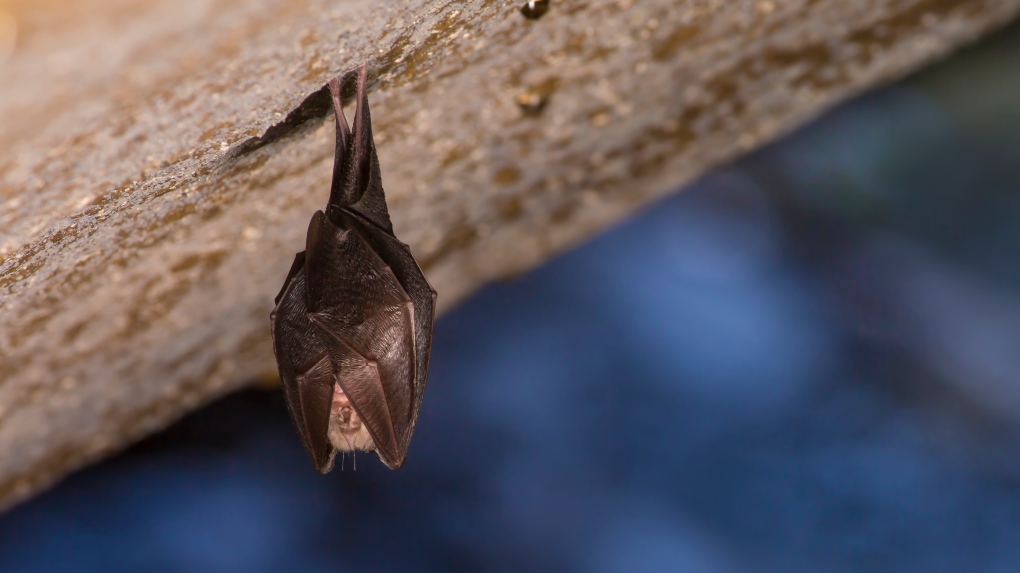 A sleeping horseshoe bat, covered by wings, hangs upside down while hibernating in this file photo.

Toronto health officials are alerting the public about a bat that tested positive for rabies in a popular park.

In a news release on Friday, Toronto Public Health (TPH) said it received lab results confirming that a bat found in High Park on July 19 had rabies.

"Given the bat was found in a public place, and as the incubation period for rabies can be up to one year, TPH is alerting the public as a precaution," TPH said in a statement.

Those who were in High Park on July 19 and touched or handled a bat are being asked to contact TPH to have their exposure risk assessed.

Rabies is a viral infection that affects the nervous system of warm-blooded animals, including humans. If it is left untreated before symptoms appear, rabies will lead to death.

The rabies virus is spread through the saliva of an infected animal, usually entering through a bite or more rarely a scratch.

TPH said transmission of rabies by bats to humans is rare and there is an overall low risk of rabies in bats in Ontario.

It's estimated that only two per cent to three per cent of Ontario's bat population are infected.