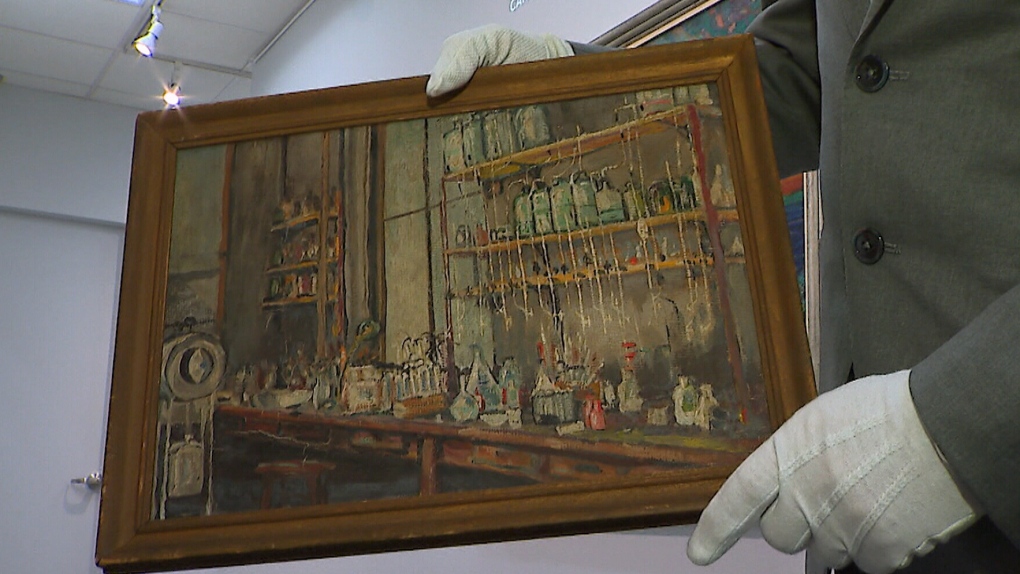 TORONTO -- Canadian Nobel Prize-winning scientist Frederick Banting has added yet another accomplishment to his illustrious resume -- this time, posthumously, as an artist.

Banting set a new auction record for his works Wednesday with the $313,250 sale of his 1925 painting of the University of Toronto laboratory in which he co-discovered insulin.

Believed to be the painter-physician's only known interior scene, "The Lab" exceeded its roughly $30,000 presale estimate more than 10 times over at the Heffel fall auction in Toronto.

Its inscription indicates Banting painted the oil-on-board piece on a winter's night at the laboratory where, just years before, he and Charles Best made the 1921 medical breakthrough that revolutionized the treatment of diabetes.

Best known for his scientific prowess, Banting was recognized in artistic circles for his skill as a landscape painter, earning him the friendship of the Group of Seven's A.Y. Jackson.

The Heffel Fine Arts Auction House has pledged to donate its $53,250 commission from the sale to the University of Toronto's Banting & Best Diabetes Centre.

British Columbia artist E.J. Hughes and Quebec abstract expressionist Jean Paul Riopelle led Wednesday's auction with large-scale canvases that both fetched more than $2 million, having more than doubled in value since the pieces were last sold by Heffel in the early 2000s.

Works by all original members of the Group of Seven were represented in the fall collection, including Lawren Harris's "Mountain Sketch XC," which cracked the million-dollar mark; Arthur Lismer's "Tugs and Troop Carrier, Halifax Harbour, Nova Scotia," which sold for $781,250 and A.Y. Jackson's "November, Georgian Bay," which went for $631,250.

Among four artists who beat their records were East Coast realist Mary Pratt with "Preserving Summer -- Black Currant Jam," which sold for $133,250. Her former husband, Chris Pratt, also exceeded expectations with "House in August," which garnered $253,250.