Ban on trucking hazardous materials across Ambassador Bridge could be lifted 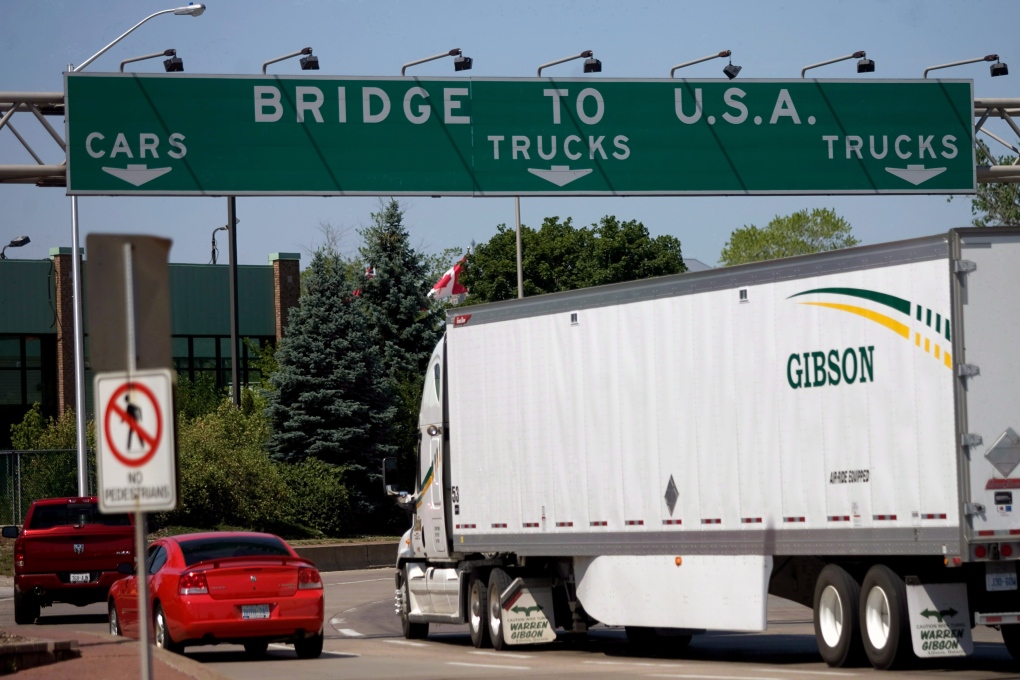 Traffic makes its way to Ambassador Bridge that connects Canada to the United States Windsor Ont. on Friday June 15, 2012. THE CANADIAN PRESS/Mark Spowart

DETROIT -- The Michigan Department of Transportation has recommended lifting a ban on trucking hazardous materials across the Ambassador Bridge that connects the U.S. and Canada, and the idea has prompted concerns on both sides of the border.

The agency is taking public input on the idea until May 27 and any changes likely could take a year before taking effect, The Detroit News reported.

The state's review of the issue came after a request from the Detroit International Bridge Co., which owns the Ambassador Bridge. A public meeting was held on the request on March 22, and MDOT said 10 Canadian officials were among those on hand.

"There's not enough detail or consultation that has to be in a report of this magnitude," said Mario Sonego, chief engineer for Windsor.

Plans are in the works to build a new Canadian-financed bridge across the river at Detroit, and that bridge is expected to be open to trucks carrying hazardous material. Gregg Ward, who has owned the Detroit-Windsor Truck Ferry since 1990, opposes ending the ban at the Ambassador Bridge.

"It goes counter to the reasoning about why we need a new bridge, which is redundancy," he said. "We can't rely on one bridge. Now, when something happens there are huge backups on the bridge."

In a study released Dec. 27, MDOT supported the idea of transporting flammable gas/liquids, flammable solids and reactants, oxidants and peroxides, poisonous materials and infectious substances, corrosive materials and other dangerous products across the Ambassador Bridge.

"This issue has been out there for quite a while and it's definitely not a done deal at this point," said MDOT spokesman Jeff Cranson.

MDOT didn't recommend lifting the ban on explosives and radioactive material on the bridge.

Hazardous materials are allowed across the Blue Water Bridge between Port Huron and Sarnia, Ont., and are restricted to designated lanes. Following MDOT's review, there are no plans to consider allowing trucks hauling hazardous materials in the Detroit-Windsor Tunnel.