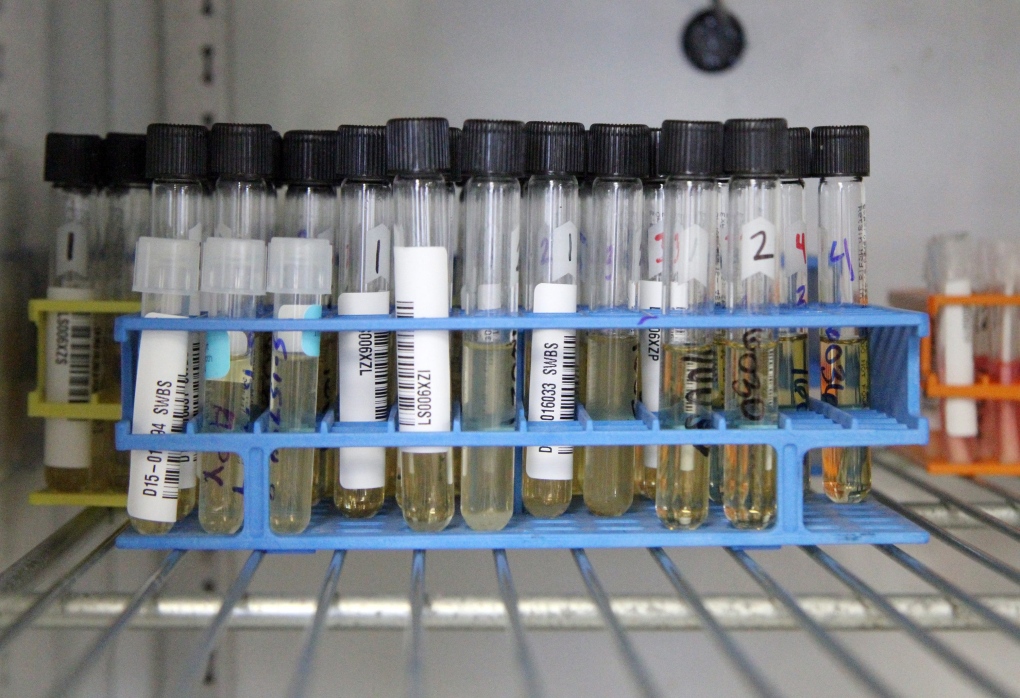 TORONTO -- About 14,000 ducks quarantined at a commercial farm in St. Catharines, Ont., will be euthanized because of the H5N2 avian influenza.

A highly pathogenic subtype of the same virus caused outbreaks in Ontario and British Columbia last year. Canada had previously been free of notifiable avian influenza since October 2015.

The CFIA says all birds on the infected southern Ontario farm will be euthanized, and it will oversee the cleaning and disinfection of barns, vehicles, equipment and tools to eliminate any infectious material that may remain to guard against the virus spreading.

"There's always a risk with avian influenza virus because the virus is highly contagious," Kochhar said.

There's no indication so far that the quarantined farm wasn't following safety protocols, he added.

Investigators still don't know how big the surveillance zone around the quarantined farm will be, but the CFIA is asking poultry producers to be cautious about any movement of people or birds on and off their properties.

"We are trying to figure out what would make sense in terms of the high-risk contact farms and see if we can have a specific zone, which would allow us to contain the virus as well as still allow us to have commerce for the rest of Ontario," Kocchar said.

More farms with birds at risk of contracting the virus could be identified in the coming days.

Arden Vaughn owns Lake Land Meats, a small farm west of St. Catharines. She said so far, she hasn't heard about whether she might be affected by a quarantine, and she's following the usual protocol for the safety of the small group of hens she keeps.

"We don't let anybody on our farm. Nobody goes into anywhere where our livestock are, whether it's the chickens or it's our beef cattle," she said.

Troy Laroche organizes an annual poultry breeders show in Ontario. He said poultry producers in the province are concerned about the new outbreak, but "it's a wait-and-see situation."

"I've been through this way too many times before. We saw it out West, we saw it in the U.S., we saw it here last spring," he said. "There's no need to panic. If you're doing the right thing, (avian influenza) is not going to get in."

Avian influenza rarely affects humans and does not pose a risk to food safety when poultry and poultry products are properly handled and cooked.