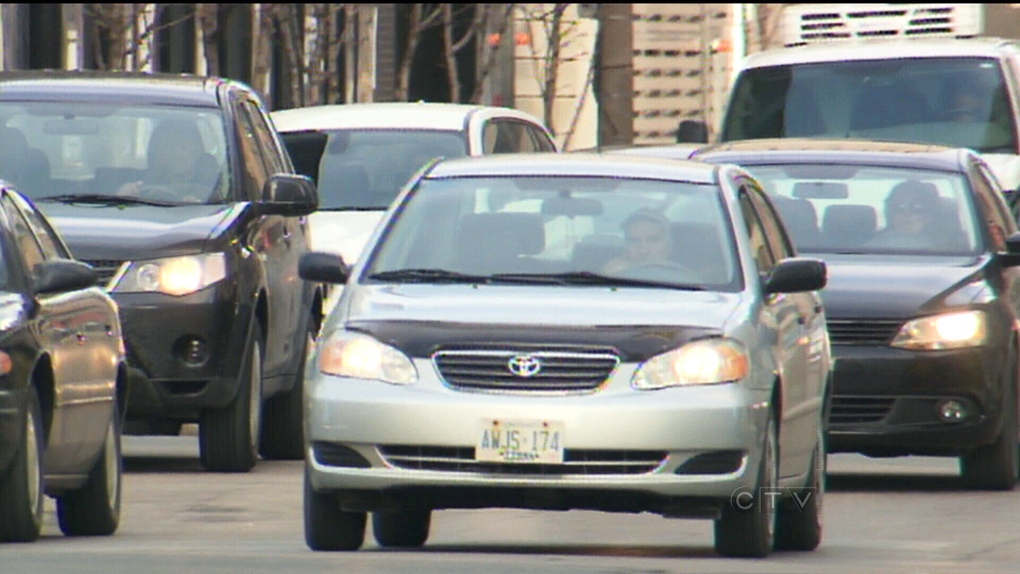 The New Democrats are accusing the governing Liberals of allowing auto insurers to raise rates while promising to provide a cut.

TORONTO -- The governing Liberals are allowing auto insurers to raise rates even though they promised to reduce premiums across the province, the New Democrats charged Tuesday.

Dozens of drivers have contacted the New Democrats to complain that their rates have jumped, said NDP Leader Andrea Horwath.

They include Susan Wright, whose premiums are going up more than 30 per cent, even though her driving record hasn't changed, she said.

"Here we have a provincial government claiming that they're interested in getting rates down by 15 per cent, but they're allowing the insurance industry to jack up the rates by over 30 per cent," Horwath said.

"You can see how the math works on this. The drivers of Ontario are once again being abandoned by the Liberal government."

The Liberals promised in the May 2 budget to lower auto insurance premiums by 15 per cent on average across the province after the NDP demanded a cut.

She said she's lived in Brampton for 47 years and used the same insurance company for 20 years. She has no driving convictions or claims history, Wright said. Nothing had changed.

The only difference is that she no longer has home insurance with the company, but that shouldn't account for such a large increase, she said.

"I was flabbergasted. I just couldn't believe it," said Wright.

"And of course I thought it was coincidental with the recent information of a reduction coming. So I just called and wanted more information about why, but didn't get satisfactory answers."

When she spoke to her insurance agent, he told her that there were "increases across the board" and that he's been "dealing with a lot of screaming people over the phone," she said.

Wright, who is retired and whose husband is planning to retire, said she can't afford the monthly increase.

"It makes a dramatic impact," she said.

Rates overall have gone down 0.3 per cent on average year-over-year, said Finance Minister Charles Sousa. The government and the insurance industry are also working to lower costs by clamping down on fraud.

He bristled at the NDP's accusations that he wasn't serious about reducing rates.

"Of course we're committed; we put it in the budget," he said in the legislature.

"We made it clear that that's exactly what we want to do. We've already assessed the fact that rates have gone down on average, not up."

Insurance companies have to apply for an overall rate increase to the provincial regulator, the Financial Services Commission of Ontario.

The Liberals have promised to expand the regulator's investigation and enforcement authority to ensure that insurance companies are passing on their savings to drivers.

They would have the authority to license and oversee health clinics and practitioners who bill insurers to help crack down on fraud, which the insurance industry says is the main driver of high rates.

Sousa has said the draft legislation would also require insurers to offer lower premiums to people with safe driving records.

He expects the measures will reduce the average annual premium per vehicle by $225, but Sousa has acknowledged that some regions in the province won't see as much of a reduction as others.

"The insurance companies have to apply for rate increases, and that's not happening because we made it clear we want to find reductions going forward," Sousa said Tuesday.