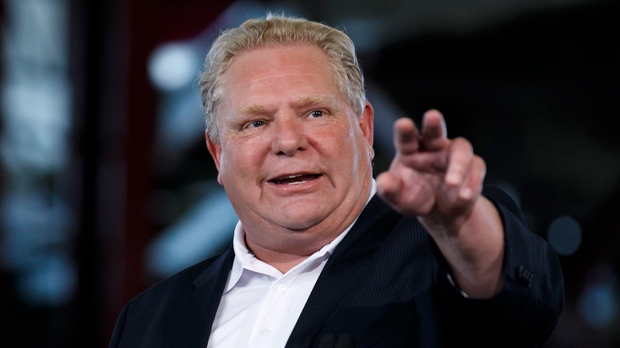 Ontario Premier Doug Ford is seen in this photo. (THE CANADIAN PRESS/Cole Burston)

A major autism treatment service provider in northwestern Ontario said it will no longer be able to provide families fee-for-service options, as a result of the Progressive Conservative government’s changes to the Ontario Autism Program.

Child and Community Resources, which offers autism therapy and behaviour analysis in Sudbury, Thunder Bay, Kenora and Algoma, said changes to the funding model have reduced the organization to a “shell“ of what it used to be – losing up to 90 employees due to a lack of funding.

With a limited number of therapists and virtually no behaviour analysts the center was forced to issue a memo today telling parents that their children might not be able to receive treatment.

“We are not able to offer fee-for-service because we don’t have enough qualified staff to do so,” executive director Sherry Fournier told CTV News Toronto.

Fournier said the exodus began soon after the Doug Ford government changed the funding model in April – instead of funding autism treatment centers directly, money was to be given to families to choose a treatment option that suited their needs.

The new funding model, however, was quickly criticized as being inadequate because families would only be eligible to receive between $5,000 and $20,000 a year, when treatment could cost up to $80,000 a year.

Fournier said the new model also forced psychologists and behaviour analysts to look for work in other sectors in the region, while the center’s leadership team had to be “flattened,” leading to roughly 30 employees being “involuntarily” laid off.

“This instability has resulted in a significant loss to the expertise at CCR,” Fournier said.

Fournier said while the center was providing treatment to between 700 to 800 children in previous years, it’s now only able to treat around 100 children.

This past July, six months after first announcing changes to the program, the Ford government announced it was going back to the drawing board –complete with an advisory panel that would create a new needs-based funding model for autism treatment.

Children who were already receiving treatment were given an extension in their funding until next April, while others on the waitlist have begun receiving cheques from the government for treatment.

Premier Doug Ford said while he wishes the province’s autism program could be “fixed immediately” the advisory panel will be able to point the government in the right direction.

“We have a talented group of people, very diverse group that are putting a proper program together,” Ford said. “I have all the confidence in the world in them.”

Fournier cautions that autism service providers are waiting to find out the specifics of the revamped program, which is expected to be in place on April 1, 2020 – and even then, the center is unsure whether all the affected staff will return.

“We’ve lost amazing colleagues that I’m not sure will return to the system because the trust is very low in term of what will the future direction of the program be.”