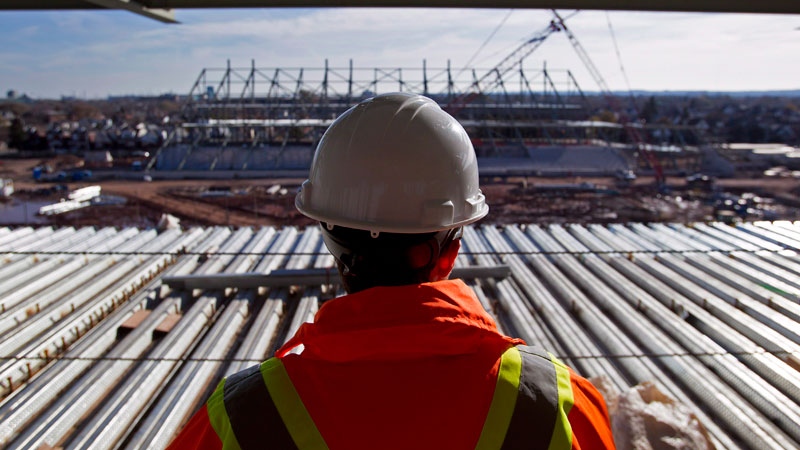 A construction worker overlooks the site of the CIBC Hamilton Pan Am Soccer Stadium, which will be used for the 2015 Pan Am Games, in Hamilton, Ont., Thursday, Nov. 14, 2013. (Aaron Lynett / THE CANADIAN PRESS)

TORONTO -- Ontario's auditor general will be conducting a value-for-money audit on controversial security contracts for Toronto's 2015 Pan Am Games.

An all-party legislative committee has directed Bonnie Lysyk to look at all security contracts involving government ministries, the Games organizing committee and the Ontario Provincial Police.

Lysyk says she believes her office can complete the report by fall.

The committee's move was prompted by a decision to award an $81-million private security contract for the Games to a subsidiary of an American company.

The government said at the time that provincial police had looked at all the bids and decided Contemporary Security Canada best met the requirements.

But the opposition parties have questioned why they passed over an Ontario-based company whose bid was reportedly $14 million lower.

Provincial police have said they followed all the rules and most of the security guards hired for the Pan Am Games are expected to come from Ontario.

The Liberals say the company chosen has experience in similar large-scale events, including the Olympics, and the cost of the contract falls within their budget for private security.

The government has come under fire after admitting the security tab for the Games could be more than twice as much as their original estimate of $113 million.

The 2015 Pan Am Games will take place at 34 different competition venues across the Golden Horseshoe, from Niagara in the south to Orillia in the north, running from July 7 to 26, followed by the Parapan Am Games Aug. 7 to 15.

The total budget for the Games is now estimated at $2.5 billion.