Attack ads and campaign-style promises: The unofficial 2022 election campaign has begun in Ontario 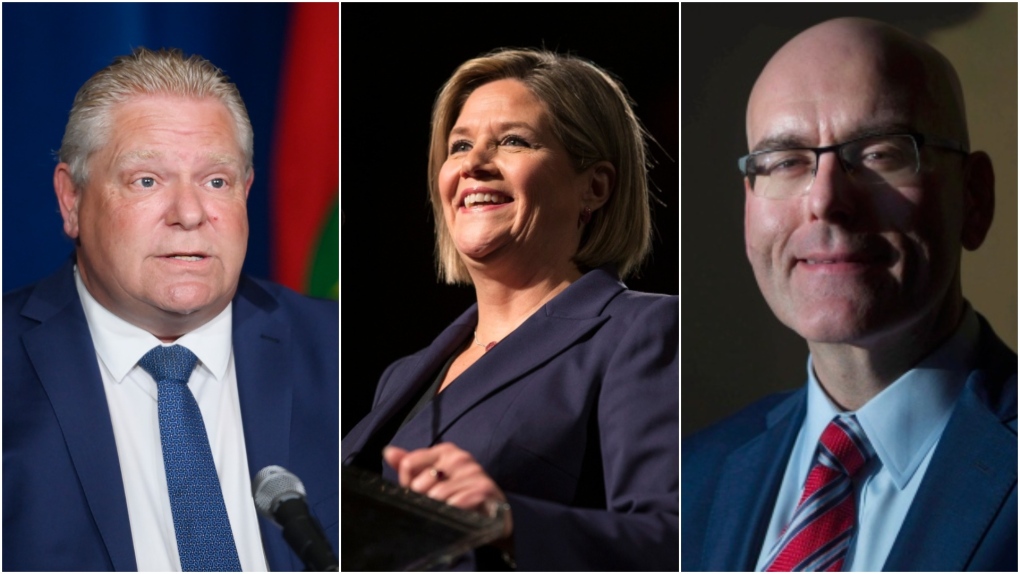 TORONTO -- The unofficial election campaign seems to be underway in Ontario as political parties launch attack ads, reveal policy platforms and unveil themes that could shape the ballot box question in 2022.

Ontario Premier Doug Ford planted the seeds of his party’s election message during a campaign-style stop in Milton, Ont. on Thursday, contrasting his government’s focus on a post-pandemic future, with the former Liberal government’s 15 years in office.

"Folks, next June, you’re going to decide, do you want the province to move forward and we'll keep governing, or do you want it to go back the way it was for 15 years that destroyed our province," Ford said during a government announcement.

“I can tell you, we want to move forward,” Ford said.

Behind the scenes, the Progressive Conservatives have tapped three members of caucus – Paul Calandra, Kinga Surma and Rod Phillips -- to write the 2022 PC party platform.

The trio will harmonize formal policy advice from PC party members, commitments made during the last three years and promises made by individual Progressive Conservative MPPs to create a costed platform before the writ is issued next spring.

But the governing party isn’t alone in its pre-election push. On Thursday, the Ontario NDP released its first attack advertisement hitting at both Ford and Liberal Leader Steven Del Duca in an election-style commercial called “big cuts, bad choices.”

The ad begins with a picture of Ford with a female voiceover saying “he’s gotta go” before quickly transitioning to video of Del Duca sitting silently as he waits for a Zoom news conference to begin.

“This guy, thinks the job belongs to him,” the voiceover says of Del Duca.

The ad portrays Del Duca as the “right-hand man” to former Premier Kathleen Wynne in an attempt to cash in on Wynne’s low approval numbers prior to the 2018 election.

The campaign has also released a series of “positive” and “hopeful” ads of NDP Leader Andrea Horwath presenting her vision for the province from investments in health care and education – signalling the party’s pitch to voters will include billions in new spending.

The Liberals, meanwhile, have largely been focused on a virtual campaign allowing Del Duca to reach out to party supporters, hold news conferences and to discuss campaign platform promises, all from a home-based studio in Vaughan.

The party announced an education recovery plan on Thursday, that would lower all class sizes to 20 students per educator, hire new mental health and special education workers, and offer financial assistance for children to go to summer camp.

While Del Duca has been critical of the government performance during the pandemic, he often sprinkles in the phrase “if I were premier today,” in an effort to offer alternative policy solutions to current pandemic issues.

The party is preparing to take that message on the road with the first in-person, door-to-door campaign since Del Duca was elected leader in March 2020.

Candidates and volunteers have been given training manuals on how best to interact with voters after Canada Day, marking the unofficial kick-off to the next provincial vote.