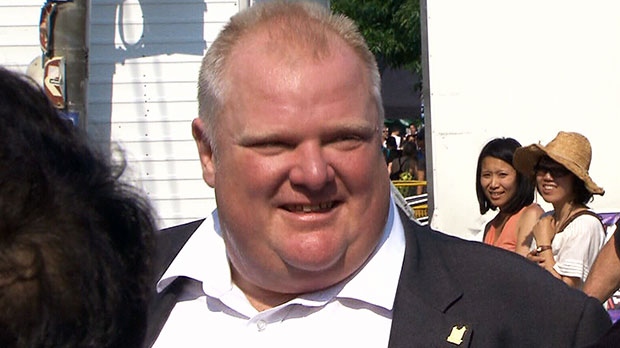 The Crown has withdrawn a charge of assault against a woman accused of throwing a drink at Mayor Rob Ford at a summer festival.

The incident occurred as Ford greeted people at Toronto’s Taste of Little Italy Festival on June 15.

Shannon Everett, a multimedia editor and yoga instructor, was arrested and charged with assault, but the charge was withdrawn during a court appearance Friday morning.