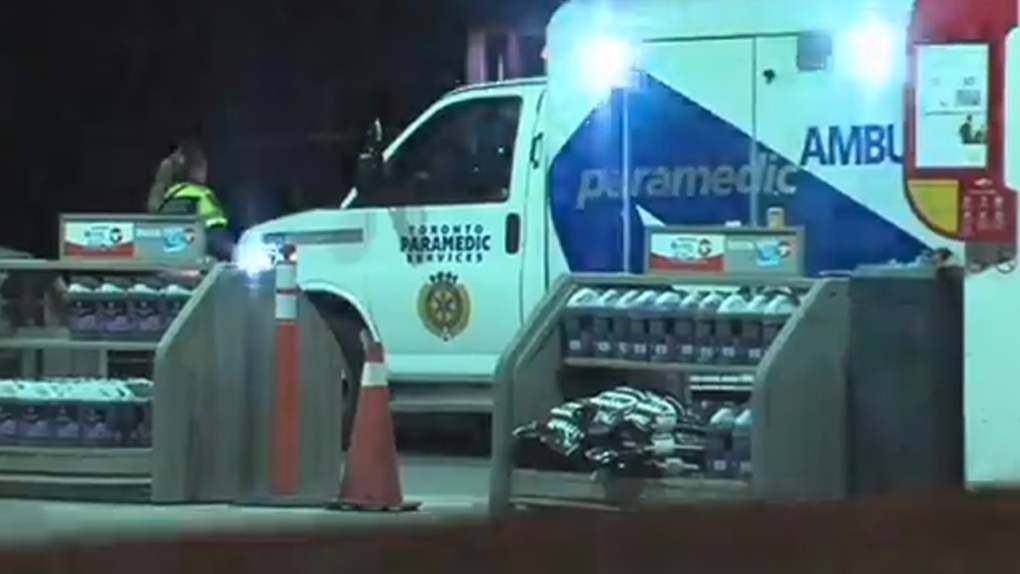 Paramedics are seen outside a gas station in Lawrence Heights after a shooting on Oct. 12, 2019. (Peter Mills)

Investigators now say an armed suspect pursued two men into a Lawrence Heights gas station late on Friday night and shot them both in full view of a likely terrified cashier.

A Toronto police duty inspector said that the shooting took place at a gas station near Dufferin Street and Glen Belle Crescent, north of Ranee Avenue, just after 11 p.m.]

The suspect shot two men in their 20s inside the gas station and fled the scene.

The clerk, the only other person inside the business at the time, was not hurt.

Paramedics said both victims were taken to a trauma centre in serious but non-life-threatening condition.

The duty inspector said an earlier report that two suspects were shooting at each other inside the store is not accurate. But police believe the incident was a targeted shooting.

Investigators say they have obtained surveillance footage of the incident but are not releasing it at this time.

Police towed a blue car parked outside of the gas station that they say belongs to one of the victims and are applying for a warrant to search it.