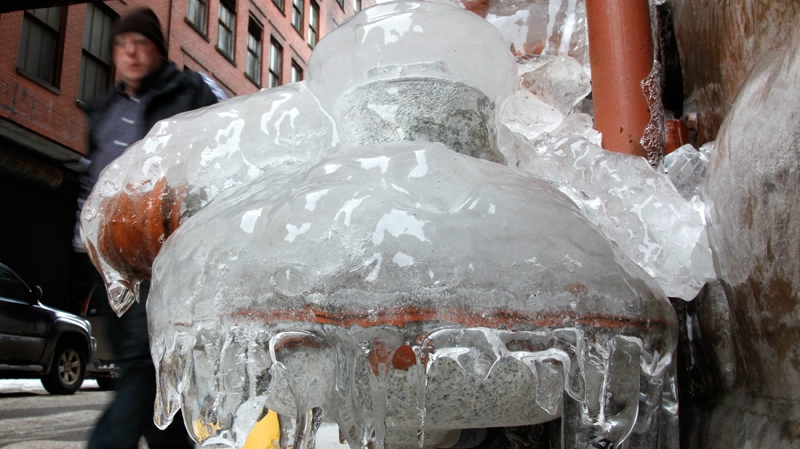 TORONTO -- Plunging temperatures have the potential to create a headache for homeowners who may face the possible risk of freezing pipes if appropriate measures aren't taken.

Ralph Suppa, president and general manager of The Canadian Institute of Plumbing & Heating, shares tips on how to help prevent the problem from arising.

In the case of pipes in the basement touching an outside wall or one located outside and not properly covered, insulation can be purchased inexpensively, he noted.

"It's the shape of the pipe -- which is usually half-inch copper -- and there's a slit down the (middle of the) insulation. So all it does is it wraps it around automatically for you," said Suppa.

"They should shut off that valve and open the valve outside so all of the water drips out. This way, you're not going to be concerned about the pipes bursting."

If a pipe has burst, Suppa said the first thing to do is to automatically go to the shut off valve. "That will stop the water from making any more damage."

Suppa said in some cases, those with cottages will also opt to drain the water from those homes when not in use. "What I mean by that is the shutoff valve is closed, all the water is drained, including -- believe it or not -- the hot water in the hot water tank, because that will freeze up, too."

He said homeowners who head south for the winter should take the step of draining their water as well if they're concerned about the potential of pipes freezing.

How do you know your pipes are frozen? "The water's not going to come on," Suppa said.

Lower water pressure could also be a sign, as could an exposed pipe that wasn't insulated and was the first to be frozen, he noted.

"That's when you should call in a plumber."