Arrests made in death of Mississauga teen at family home 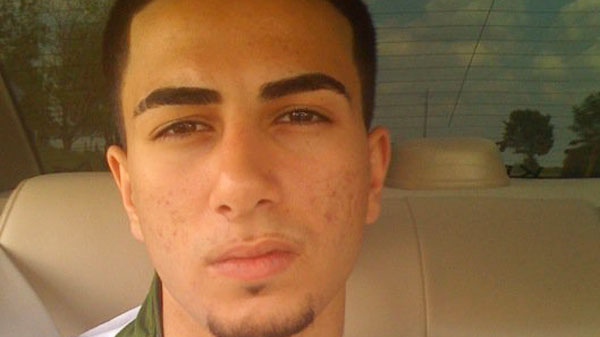 Police have arrested six men in connection with the murder of a teen who was attacked at his family's home in Mississauga, Ont. earlier this year.

Shadi Taleb, 17, was found without vital signs and taken to hospital on Monday Jan. 24, 2011. He was pronounced dead in hospital.

Taleb's 45-year-old mother was also injured in the attack, which occurred at their home on Full Moon Circle, near Eglinton Avenue and Highway 403.

Peel Regional Police, along with Toronto police, say four people were arrested on Wednesday and charged with second degree murder.

Police also arrested two other suspects in connection with the attack.

The slain teen, who was in his final year at John Cabot Catholic Secondary School, had just applied to attend a business program at Sheridan College.

He'd also hoped to open his own business one day, those close to him say.

Matthew Smith, 18, and Terelle Turney, 19, both from Mississauga, are charged with conspiracy to commit robbery and obstructing police.

Investigators say a warrant has been issued for a 17-year-old male who can't be identified under the Youth Crimminal Justice Act.