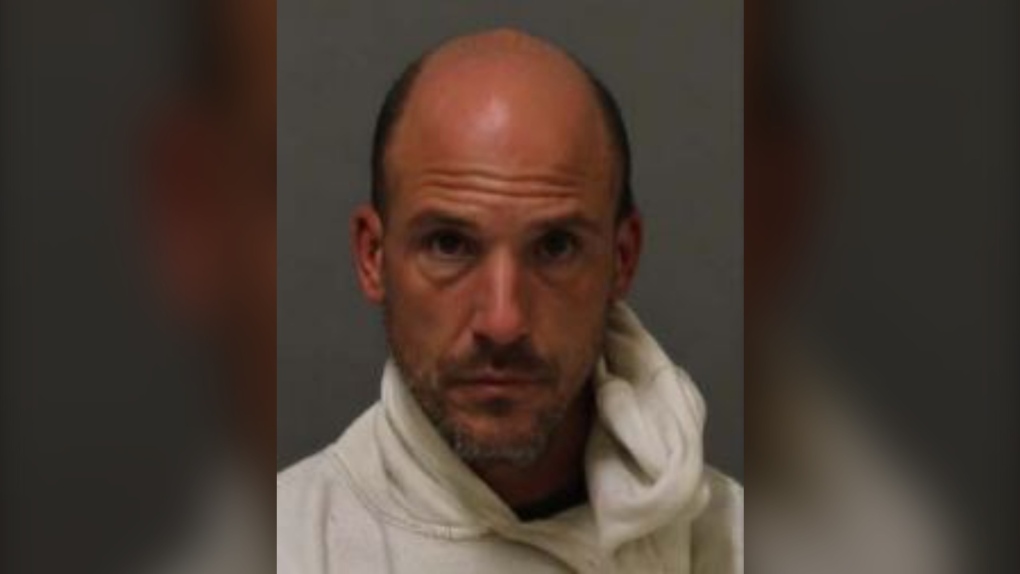 An arrest warrant has been issued for Jean Francois Ouellette-Godin, 47, after a hate incident at Toronto Pearson airport. (Peel Regional Police)

TORONTO -- An arrest warrant has been issued for a 47-year-old man wanted in connection with the vandalism of a Muslim prayer space at Toronto Pearson Airport last month.

On Mar. 21, police say a man entered the multi-faith prayer room on the arrivals level at Terminal 3 and “began causing damage.”

Witnesses discovered the vandalism and reported the incident to police. It is being investigated as a hate incident.

On Thursday, police identified the suspect as Jean Francois Ouellette-Godin. He is wanted for mischief.

“This incident was a violation of the sanctity of a prayer space – a place where our Muslim community can take time to pray and reflect,” Peel police Chief Nishan Duraiappah said in a statement.

“We will not tolerate any activity or crime that is rooted in hate or bias. We are committed to locating the suspect and bringing closure to our community.”

The National Council of Canadian Muslims tweeted that cupboards in the prayer space were destroyed, and copies of the Quran were thrown to the floor during the incident.

Cupboards in the space were destroyed and copies of the Quran were thrown onto the floor.

Since we were made aware of the attack, NCCM staff were present within hours, coordinating with the Muslim airport workers and Peel Police.(2/5) pic.twitter.com/dW7SyWN6ae

“It is brutally sad that this attack at on a place where workers go to find solace comes amidst rising hate in Canada, and targeted attacks on members of the Muslim community,” the organization said on Twitter.

“We all have to work together to stamp out all forms of hate and Islamophobia.”

In a Mar. 27 statement, the Greater Toronto Airports Authority (GTAA) called the incident deplorable and condemned “any acts that attempt to erode freedom of belief and expression.”

“Toronto Pearson is a place that connects Canada to the world and brings the world to our country’s doorstep—a physical space that represents the diverse beliefs, opinions and perspectives that make Canada a great nation,” the GTAA said in a statement.