TORONTO -- One of the biggest names in CFL history is returning to the Toronto Argonauts in a full-time role as general manager.

Mike (Pinball) Clemons, a former star player, head coach and executive with the club, has replaced Jim Popp as GM.

The Argos, who sit a league-worst 2-12 after finishing 4-14 last year, announced Popp's contract will not be renewed Tuesday while naming Clemons as their new GM. The move comes in the aftermath of a 55-8 loss in Vancouver against the B.C. Lions on Saturday.

Argos president Bill Manning enlisted Clemons' help last month in an advisory role as the losses piled up for the club. Clemons has been vice chair of the team since 2009. 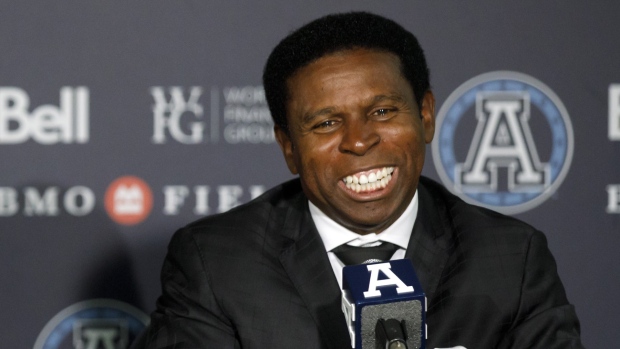 "This season has made it clear that this team is lacking the identity and culture that have brought a record number of Grey Cups to Toronto and change was necessary to put the Argos back on the path to a championship," Manning said in a statement.

"Michael Clemons is the Toronto Argonauts personified and bleeds Double Blue. His passion for this team and this city, and his championship pedigree, will have a profound impact on the direction of this team moving forward."

John Murphy, who has been working with the Argos in a consulting capacity, will stay with the club and now has the title of vice president of player personnel. Murphy previously worked with the Calgary Stampeders and Saskatchewan Roughriders in front-office roles.

Clemons inherits a team that doesn't have one of its top three quarterbacks under contract for next season -- McLeod Bethel-Thompson, James Franklin and Zach Collaros. The Argos hired Corey Chamblin as head coach on a multi-year contract prior to this season.

Popp was hired in 2017 and the Argos won the Grey Cup that year with veteran quarterback Ricky Ray.

But since Ray went down with a career-ending injury in the season opener the following season, the team hasn't found any consistency at the quarterback position. The Argos are 15-35 under Popp.

Clemons became interim coach of the Argos in the middle of the 2000 season as his playing career ended, despite having no coaching experience.

The 54-year-old native of Dunedin, Fla., stayed as coach in 2001 before moving up to team president. 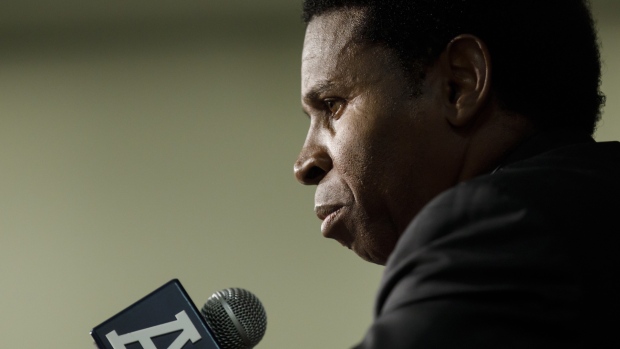 But when the team fired Gary Etcheverry in 2002, Clemons returned to his head coaching role. He guided the team to a Grey Cup title in 2004 and finished no worse than second in the East Division from 2002 to 2007 before stepping down to become chief executive officer.

Like when he became head coach, Clemons enters the GM role without experience in the front office on the football operations side.

Along with being the worst team in the standings, Toronto also is last in the CFL in attendance, including a crowd of under 10,000 for a game last month at BMO Field.

The move to BMO Field from the Rogers Centre in 2016 has done nothing to stop a downward slide in attendance.

Neither has an ownership change to Maple Leaf Sports & Entertainment, which has been in control of the club the past two years. MLSE also owns the Maple Leafs, Raptors, Toronto FC and other sports and entertainment properties.

Manning, also the president of Toronto FC, has been in the top role with the Argos the past two seasons.

Congratulations to my friend and Argos legend, @Pinball! https://t.co/2EpLde1zTT pic.twitter.com/rd7WGMEZMG

This report by The Canadian Press was first published Oct. 8, 2019.