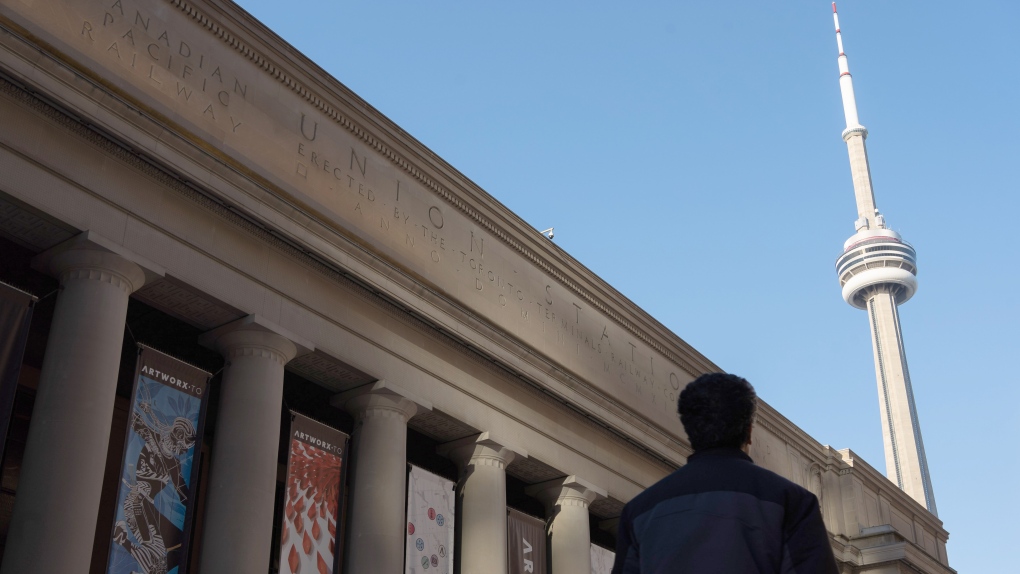 Union Station in Toronto on April 20, 2022. THE CANADIAN PRESS/Yader Guzman

The TTC is resuming service at Union Station after areas were evacuated following the discovery of a "suspicious package" left on the platform Saturday afternoon, Toronto police say.

Police say an investigation began at noon and TTC trains were bypassing the station.

The evacuation was “out of an abundance of caution,” according to police.

Shortly before 2 p.m., police tweeted that the suspicious package was examined and "turned out to be personal items left behind in a bag."

TTC service has resumed at the station.

About a month ago, Union Station was locked down after a fatal shooting took place near the entrance of the travel hub.