Apple agrees to replace cracked screens on some Apple Watches

When 15-year-old Megan Johnson of Pickering bought an Apple Watch in June she said she immediately fell in love with it.

However, she was upset when two months later it overheated and stopped working.

“I looked online and it said you could charge it and it would revive itself. I did that and then it got hot and the screen cracked" Johnson said.

She paid more than $400 for the series 3 Apple watch, which was money she had saved from her birthdays and working at summer camp. She returned the watch to an Apple store, but was told it was a case of physical damage and she would have to pay more than $300 to repair it. 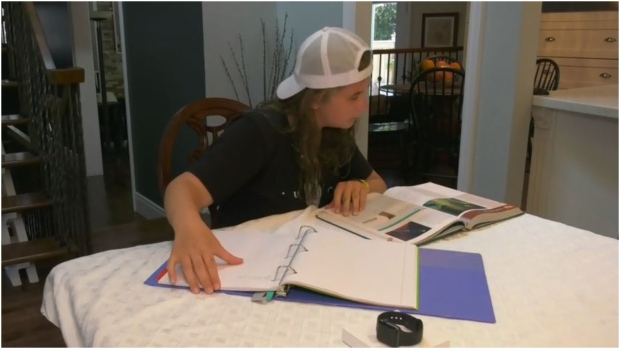 “It wasn't my fault. I didn't drop it. It's something that happened inside the watch not outside” Johnson said.

Johnson’s father Pete said he felt bad for his daughter since she had saved her money to buy the watch.

“She only had it a very short time and I thought it would be covered,” he said. “We had to go through two rounds of consultation and in the end we were told it wasn't covered."

Johnson looked online and saw other cases of Apple watches that had batteries that appeared to heat up causing screens to crack. “Where they had overheating and popping and they only had it for a few days" Johnson said. 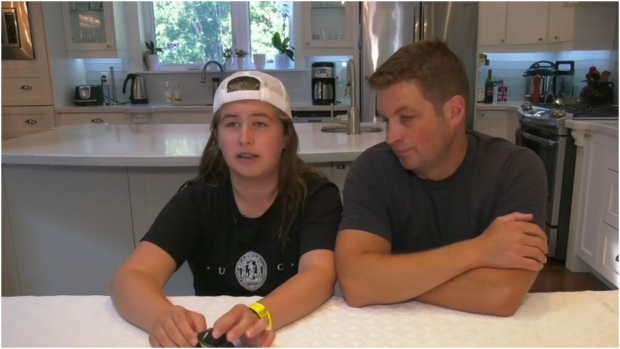 A spokesperson for Apple said it had no official comment on Johnson’s case, but Apple did tell CTV News there is a problem with screens cracking on some aluminum models of Apple Watches Series 2 and Series 3.

Apple has a repair program and affected models are eligible for free screen replacement. Apple’s website says “Apple has determined that, under very rare circumstances, a crack may form along the rounded edge of the screen in aluminum models of an Apple Watch Series 2 or Series 3. The crack may begin on one side and then may continue around the screen as shown in the images below.”

For a list of the affected watches eligible to be repaired free of charge check their website.

The Johnson family said after we spoke with Apple the company agreed to replace her watch with a new one.