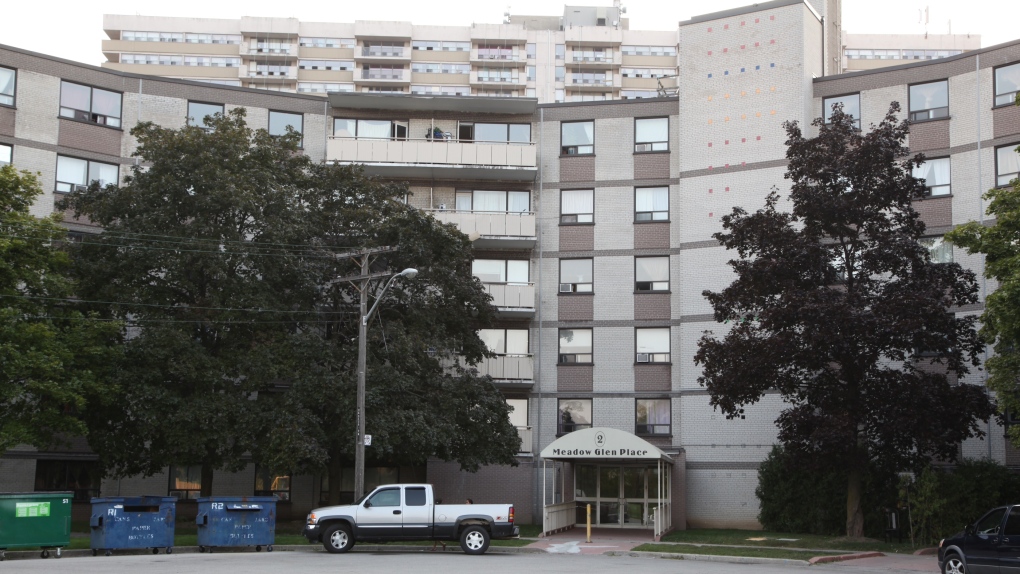 A child is in hospital with life-threatening injuries after falling off a fifth-floor balcony of this Scarborough apartment building on Friday, Aug. 31, 2012. (Tom Podolec / CTV News)

Residents of a Scarborough apartment building are in shock as a child who fell from a fifth-floor balcony clings to life in hospital.

The incident occurred on Friday afternoon, near Markham Road and Brimorton Drive.

Police said the four-year-old boy fell over the unit’s balcony railing after climbing onto a nearby container. An investigation is ongoing, but police are calling the incident an accident.

Building resident Hethl Shukla said she was stunned to hear what had happened.

“It could happen to anybody. Those small kids, we really have to take care of them,” she told CTV Toronto on Friday.

Neighbour Roy Thomas, who lives in an adjacent apartment, said he rushed over to the unit shortly after the incident.

“The cops were speaking with the mother. She was crying and breathing so hard,” he said.

The boy is being treated at the Hospital for Sick Children for life-threatening injuries.

With a report from CTV Toronto’s Ashley Rowe