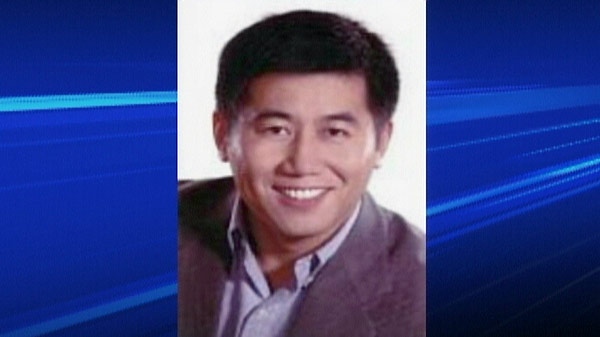 Peel Regional Police have arrested and charged a fifth man in connection with the kidnapping and death of a Markham real estate agent.

A 29-year-old Markham man was arrested on Tuesday following tips from the community, Peel police said.

Police suspect he was the driver of the vehicle involved in the abduction.

Wei Xin Huang is being charged with two counts of kidnapping with the intent to hold for ransom, one count of aggravated assault and one count of manslaughter.

He is scheduled to appear in a Brampton court for a bail hearing on Wednesday.

Earlier this month, police found the remains of Jianguo, who also went by the name of Tony Han, in a Markham home.

Investigators had been searching for Han and his client, Xin Jun Fei, when they both disappeared on Jan. 20 from a $2.4-million home in Mississauga.

Last week, three men were charged with manslaughter in connection with Han's death.

The men, along with a fourth man, have also been charged with aggravated assault and two counts of kidnapping with the intent to hold for ransom.

Investigators said an arrest warrant is outstanding for Wei Guo Wu, who they suspect to have been involved in the abduction. Wu is described as male, Asian, 5 feet 7 inches tall, weighing 170 lbs, black hair and brown eyes.

Anyone with information regarding this investigation, including the whereabouts of Wei Guo WU, is asked to contact investigators at the Homicide Bureau, (905) 453-2121, ext. 3205, Peel Regional Police Communications, (905) 453-3311, or through your local police service.

Information may also be left anonymously by calling Peel Crime Stoppers at 1-800-222-TIPS (8477), or by visiting