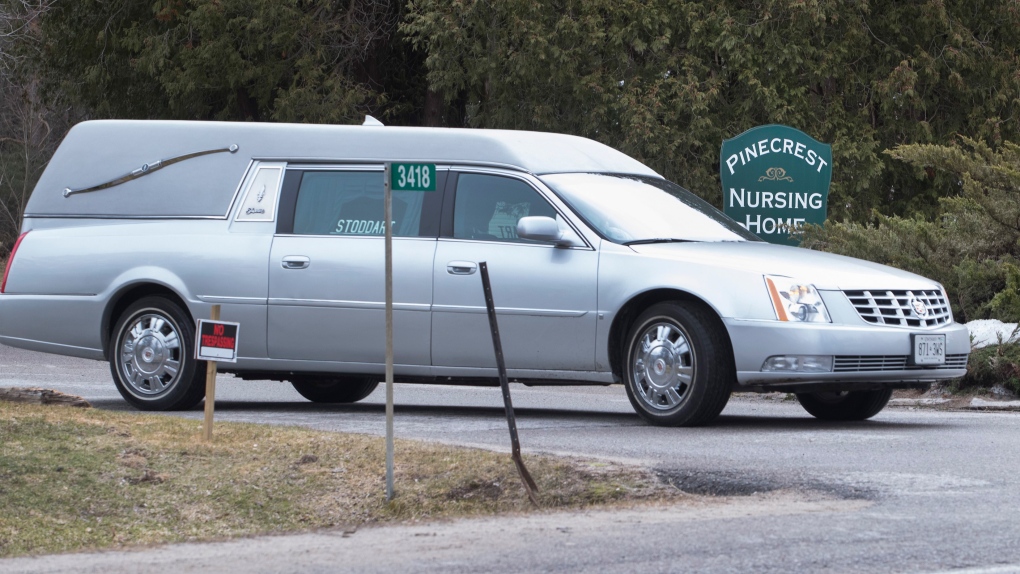 TORONTO -- There has been another death at a long-term care home in Bobcaygeon, Ont. that has been battling an outbreak of COVID-19 for weeks.

The outbreak, which was declared on March 18, has now claimed the lives of 29 residents of Pinecrest Nursing Home – a 65-bed facility.

The virus has also claimed the life of the wife of an infected resident. She did not live at the facility but volunteered there and visited daily.

The situation at the facility has been described by local health officials as the largest outbreak in the province.

Currently, there are 69 outbreaks at long-term care homes across the province, according to Ontario health officials.

“We are working closely with public health authorities as new information regarding the outbreak is made available and we are committed to implementing all ongoing and new care directives,” the administrator of the facility, Mary Carr, said on Thursday afternoon.

As of Thursday morning, the province has confirmed 200 COVID-19 deaths, 86 of which were residents of long-term care homes.

The province, as of Thursday, is recommending that those who have been newly admitted or re-admitted to long-term care or retirement homes should be tested for the novel coronavirus even if they are not showing any symptoms.