In a nod to the past, the team unveiled its new baby blue uniforms to kick off Winter Fest 2020 and based on the cheers from the fans in attendance, the new look is getting good reviews. 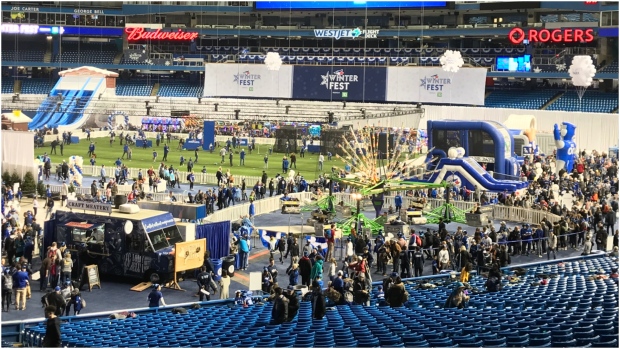 "Just look at them, they pop," Grichuk said.

"They definitely give a different feel to the Blue Jays, and I think it brings back a lot of history. There's a lot of good that happened in this colour of jersey, and it's good to bring it back."

The new third jerseys are a mix of the team's classic powder blue uniforms from the 1980s with a modern twist of navy blue hats and accents.

An Original Classic. This is our #NEWBLUE! pic.twitter.com/kei1lFHm6W

In a news release issued Saturday, the Jays front office said that the new uniforms represent the future of the ball club while paying tribute to its past.

"New Blue threads together Blue Jays history and future, for our fans; from those who remember sitting on an aluminum bench at Exhibition Stadium 43-years ago, to fans eagerly planning their return to the ballpark this season to watch young players full of passion, ready to represent an entire nation."

New uniforms aside, the Jays are coming off a rough 2019, ending the season 67-95 and trading away fan favourites Kevin Pillar and Marcus Stroman. Despite that, the Jays' new young guns are excited about the future.

"As a group, all we have to do is win, we all want to win, we talk about it every day. We're working on it. We all want to bring a ring to Canada," slugger Vladimir Guerrero Jr said, speaking to CTV News Toronto through an interpreter. 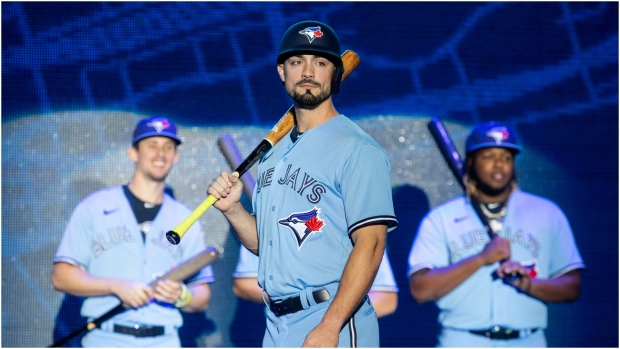 And the more than 20,000 fans in attendance at the Rogers Centre Saturday are sharing that optimism.

"I think this year is going be a good year," Teresa Garcia said as she posed with a member of the team.

"We have a lot of new young players, a lot of potential. I think this is going to be our year." 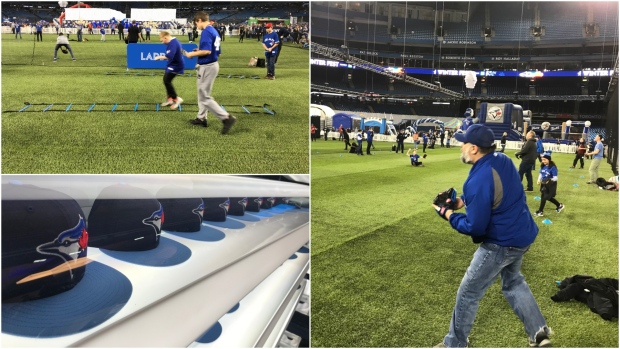