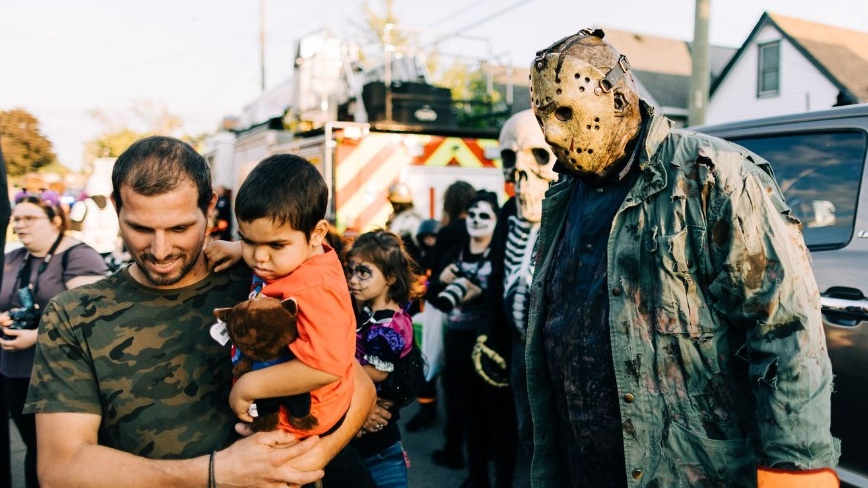 Alex and Nick Hurdakis can be seen above, (Photo credit: Nautical Studios)

Alexandros, also known as Alex, Hurdakis was first diagnosed with a type of brain tumour called Ependymoma when he was 10-and-a-half months old. Ependymomas are a type of tumour that originate in the central nervous system – the brain or the spinal cord. In Alex’s case, his tumours are in his brain.

Alex’s mother, Kira Hurdakis, said the five years since his initial diagnosis have been challenging.

“The first two years were very hard because we were just in and out of hospital,” Hurdakis said in an interview with CTV News Toronto Wednesday.

“At this point, the cancer is causing other problems too. He’s had to have a tracheostomy – a tube down this throat for oxygen [..] for when he’s sleeping or tired.”

Earlier this month, doctors delivered devastating news to the Hurdakis family. Alex’s treatment had stopped working, and his cancer was now considered terminal. They were told their son only had weeks, or even days, to live.

Paula Tzouanakis Anderson, a family friend, visited the family on Sept. 11, soon after they received the news.

During this visit, Anderson said Alex expressed a deep desire to "see monsters."

"We'd taken him to the haunted houses in Niagara from time to time. Alex really wanted to go [back], but since the news, we're not able to travel that far," Hurdakis said.

That's when Anderson said she had an idea. If Alex couldn’t go see the monsters in Niagara, she'd bring the monsters to him.

She posted in a local Facebook group asking the neighbourhood to dress in costume and arrive at the Hurdakis’ street in Hamilton just 48-hours later for a Halloween parade. 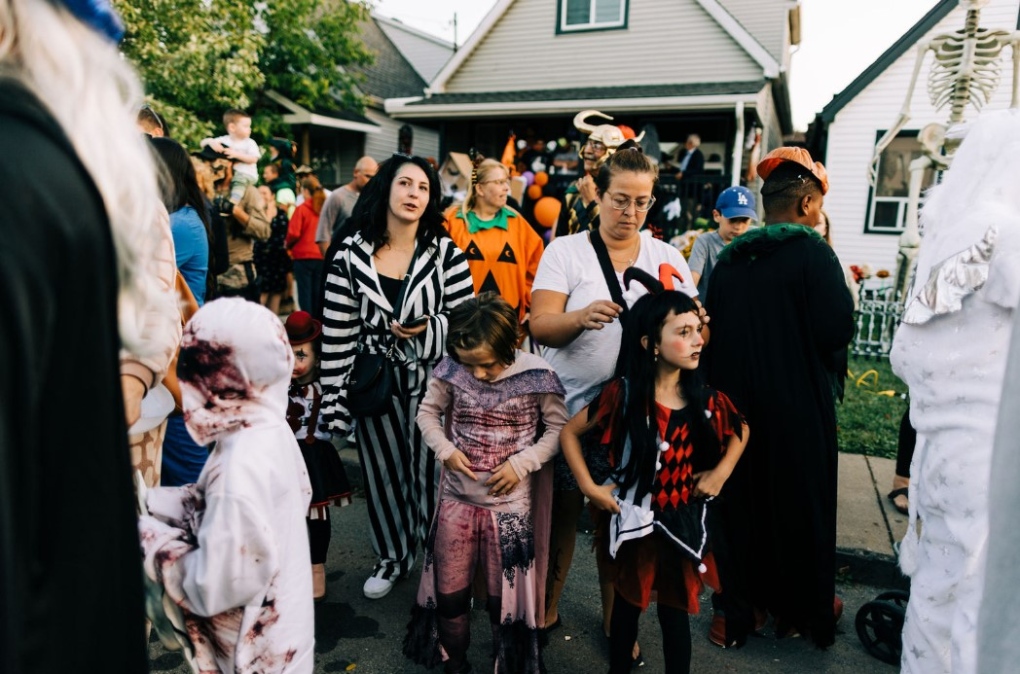 “I knew it was going to be bigger than what I anticipated. But I never expected it to be that big.” 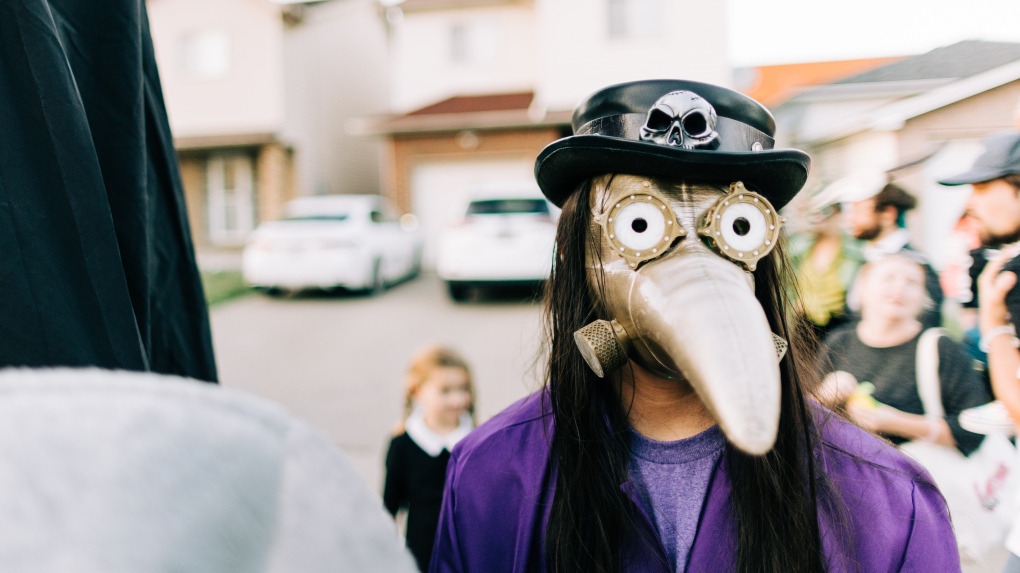 A participant in the monster parade. (Photo credit: Nautical Studios)

When Alex and his parents showed up, Tzouanakis Anderson said they were “speechless” and “floored.” 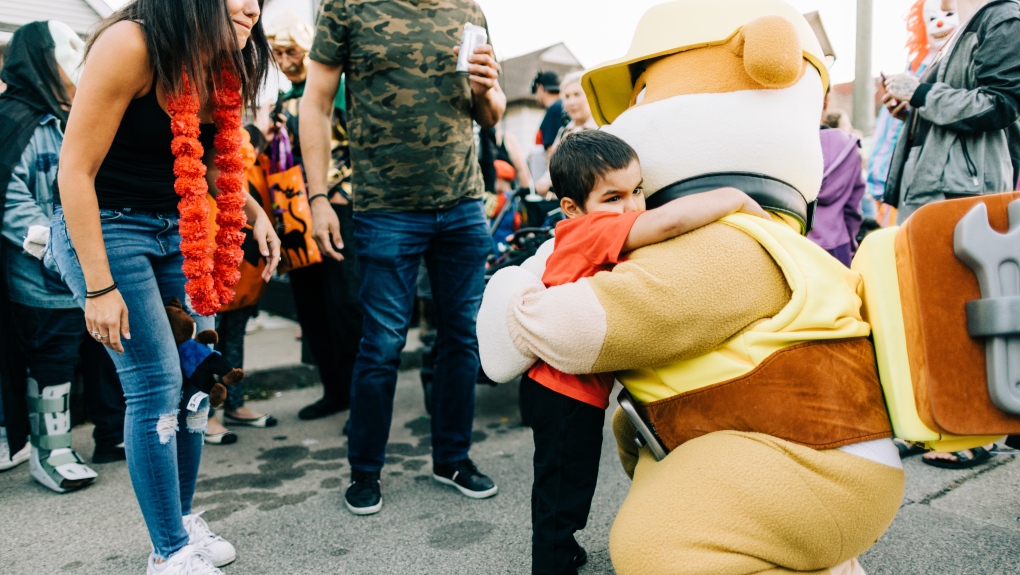 Alex Hurdakis hugs one of the many monsters who showed up to greet him. (Photo credit: Nautical Studios)

"Alex was so happy. It made memories we will forever keep in our minds, " she said.

While the five-year-old is deteriorating, Hurdakis said the special gathering gave him a burst of energy. He continues to look at pictures and videos of his big day.

“I'm praying [..] he is still with us for Halloween,” she said. “Every day is crucial at this point.”

Everyday is indeed crucial, says Hurdakis, and she spends each one trying to bring joy to Alex in the time he has left.

"We just want to make Alex happy for as long as he lives," she said.

"We still hope for a miracle."

A GoFundMe set up by Tzouanakis Anderson has amassed over $60,000 of its $75,000 goal at the time of publication. Funds will be put towards medical costs and supporting the Hurdakis family. 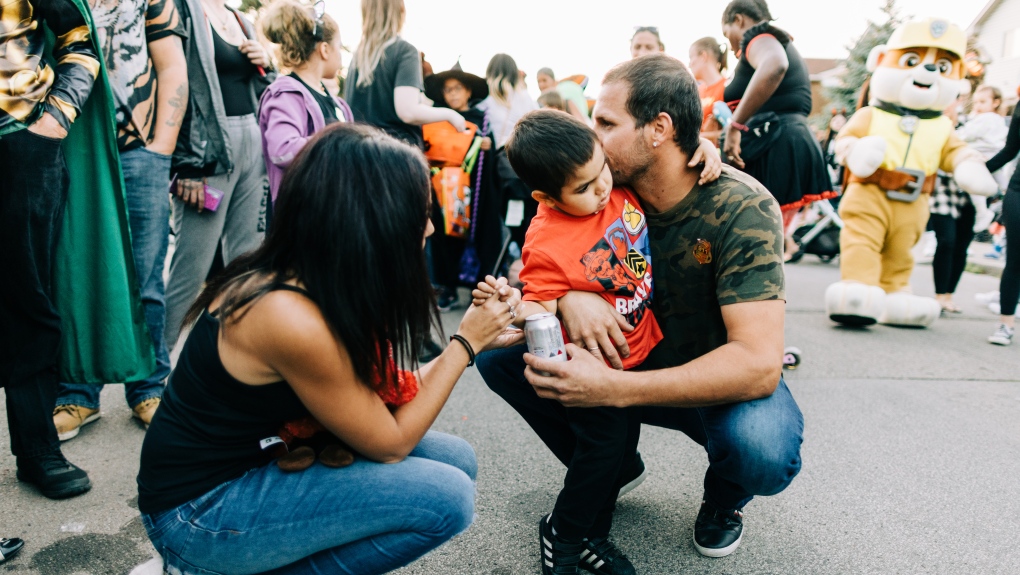