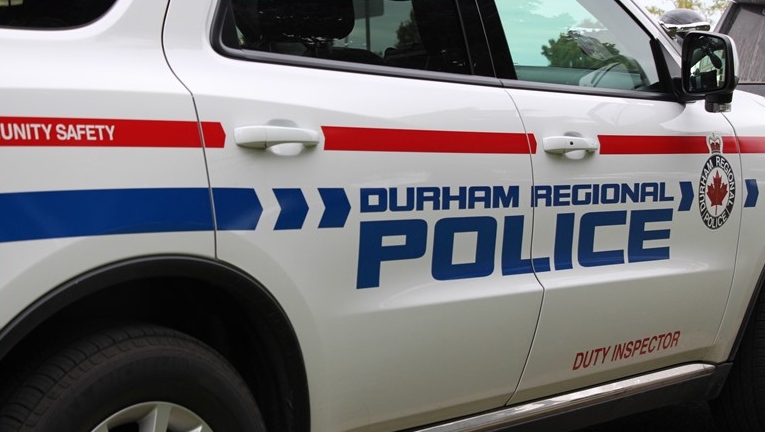 The driver of a luxury vehicle who police say was impaired and driving in circles in a Durham Regional Police parking lot has been arrested.

It happened early Wednesday morning at approximately 1:45 a.m. at the service’s Central West Division, near Taunton Road East and Anderson Street in Whitby, police said in a news release.

At that time, an officer inside the building noticed a red Cadillac driving in circles in the parking lot.

Police said the officer then made his way on foot to speak with the driver and advised him to stop the vehicle.

“The driver did not comply and continued to drive slowly in and around the parked police vehicles while flashing his headlights,” police said.

The driver of the vehicle was eventually boxed in by two police cruisers and arrested.

It’s unclear if he is facing any charges.

“Driving impaired is a no no,” police said in a tweet accompanying the news release. “Driving impaired while doing circles and flashing your headlights in a police parking lot - definitely a no no. Please don't drive impaired.”

Driving impaired is a NO NO. Driving impaired while doing circles and flashing your headlights in a police parking lot - definitely a NO NO. Please don't drive impaired. pic.twitter.com/vNGOPMMS9l

Prime Minister Justin Trudeau says he will be visiting the regions in Atlantic Canada impacted by Fiona 'as soon as possible this week.' And, as MPs head back into the House of Commons for the first time after this weekend's storm, the NDP are requesting an emergency debate to discuss 'the urgent and escalating situation in Atlantic Canada.'

The grandmother of an Indigenous teenager whose body was found near a group home in Hamilton told an inquest into his death Monday that his story is not over.