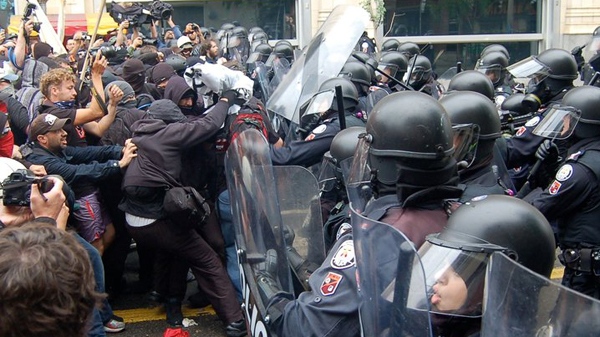 TORONTO - A man accused of orchestrating violence during the G20 protests has been granted bail set at $75,000.

Peter Hopperton is one of about 20 people identified as part of a police investigation into activities of people planning violent G20 action.

Police allege Hopperton is a member of the Southern Ontario Anarchist Resistance.

On Monday, the court released two other people accused of sparking violence over the summit weekend.

Of the eight people who have had their bail hearings concluded so far, seven have been released on bail.