'All we heard was a big kaboom': Oshawa residents react to discovery of explosive devices at convenience stores

TORONTO -- When Shelly Kong arrived for work at the Taunton Convenience Store on Oct. 1, she noticed an unusual package attached to the front door handle.

Within seconds of being disturbed, however, the package burst into flames. Video released by Durham Regional Police shows a frightened Kong running away.

A few weeks later, the Pantry Convenience Store on Park Road North would be targeted. This time, however, Durham Regional Police would detonate the homemade incendiary device after the store’s owner called them to report a suspicious package attached to his door.

“I cut it off and checked it properly and I saw battery-connected device, so I thought, maybe explosive, and I call police,” the owner, identified as Sankar, told CTV News Toronto.

Annette, who lives just a few doors away, recalls how unnerving it was to see the Explosives Disposal Unit arrive on her street Sunday morning.

“And they decided that they did have to explode it, so we were all told to go back into the house. And all we heard was a big kaboom.”

Police believe the same suspect is responsible for both incidents, and that the stores were targeted for selling adult-related material.

“When they don’t like it, look away,” said Devon Rooney, who works as a convenience store supplier. “It just makes you think what goes through peoples’ minds that they want to bring harm on somebody.”

On Tuesday, investigators released surveillance video that shows a white man in his 20s attaching small devices to the stores’ door handles. In both videos, which were captured on Oct. 1 and Oct. 24, the man is dressed all in black. 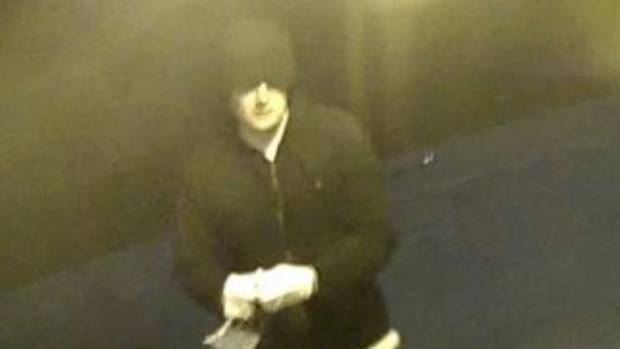 “You don’t expect something like that in your own neighbourhood,” says area resident Paul Khan.

As alarming as it is for the community, no one is more concerned than store staff. Kong says it’s been nearly a month and yet she’s still nervous.

“Every morning when I come, I have to check everywhere, anything left on the floor.”

Police say after the devices exploded, they learned the Taunton Convenience store had experienced three earlier incidents, which it had not reported. Investigators are now asking other convenience stores in the area to report any suspicious packages or messages, if they have not already done so.