All three of Ontario's confirmed coronavirus cases cleared of illness 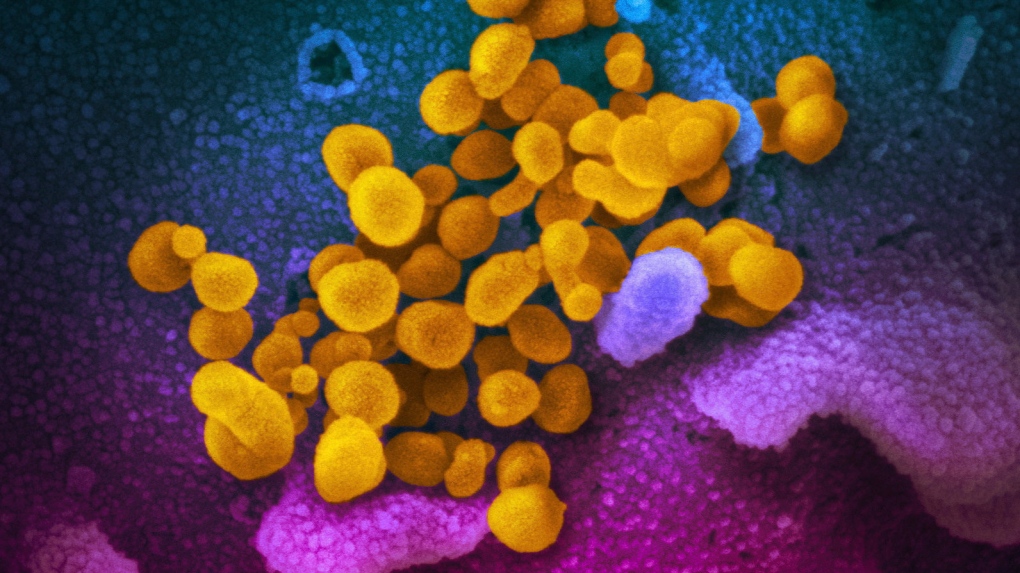 This undated electron microscope image made available by the U.S. National Institutes of Health in February 2020 shows the Novel Coronavirus SARS-CoV-2, yellow, emerging from the surface of cells, blue/pink, cultured in the lab. (NIAID-RML via AP)

TORONTO -- All three people in Ontario confirmed to have had the novel coronavirus are now cleared of the illness.

Ontario health officials say the last of the three patients to have some remaining virus in her system has now had two negative tests at least 24 hours apart, which is the standard for being cleared.

Ontario's three confirmed coronavirus patients were a married couple from Toronto and a university student living in London, Ont., all of whom had recently travelled to the region of China at the centre of the global outbreak.

The Toronto man had to be hospitalized upon his return, while his wife had been in self-isolation at home with milder symptoms.

The university student had such a mild case that initial tests came back negative, and she was only confirmed to have had the virus through a second round of assessments.

Health officials have confirmed nine Canadian cases of the virus known as COVID-19, but the bulk of the cases globally have been in China where more than 75,000 people have contracted the virus and at least 2,200 have died.

This report by The Canadian Press was first published Feb. 21, 2020.