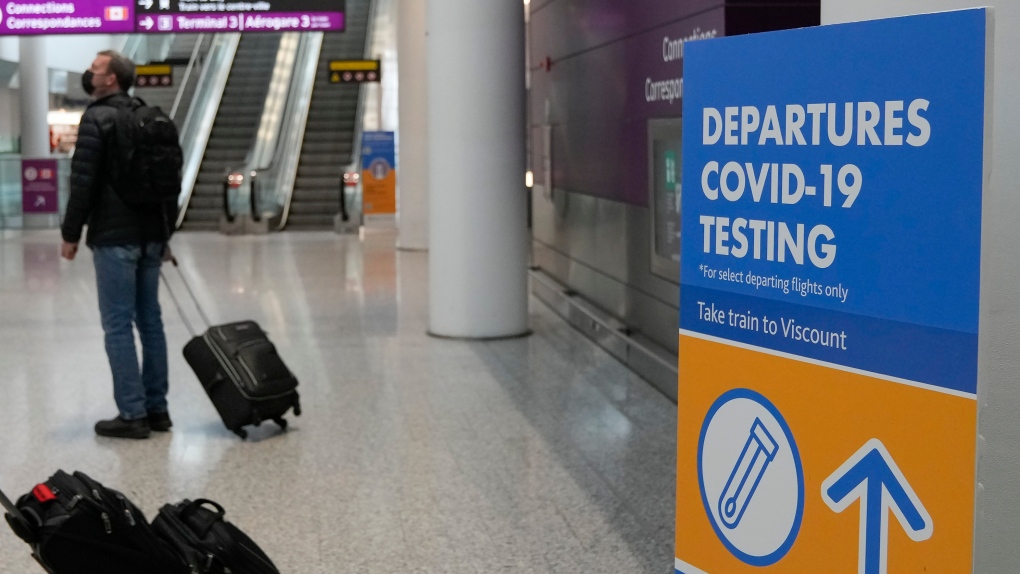 Canada's largest airlines and the country's busiest airport are asking the federal government to drop its rule requiring mandatory arrivals testing for COVID-19.

In a letter to the federal and Ontario governments, Air Canada, WestJet and Toronto Pearson are calling for a shift of the testing capacity from the airports to the community.

As COVID-19 cases have surged in recent weeks, many provinces have decided to restrict molecular PCR testing to those at a higher risk of being hospitalized from COVID-19 or who are in settings where the virus could spread more quickly.

Travellers coming to Canada need to have a pre-arrival negative molecular test result for COVID-19. Once they arrive, those coming from any country other than the U.S. are tested again and must isolate until they get their results. Those coming from the United States are tested randomly.

The airlines and airport say testing arriving travellers isn't the best use of Canada's limited testing resources. They say the percentage of positive tests for those checked at the Canada's airports in the most recent week reported is far lower than tests in the community.

Air Canada, WestJet and Pearson want the government to revert to random arrival testing of international travellers and only require isolation for those arriving from an international location if they are exhibiting symptoms or test positive on a random test. They say those who do not have any symptoms after a negative pre-departure test before travel to Canada should not be required to isolate.