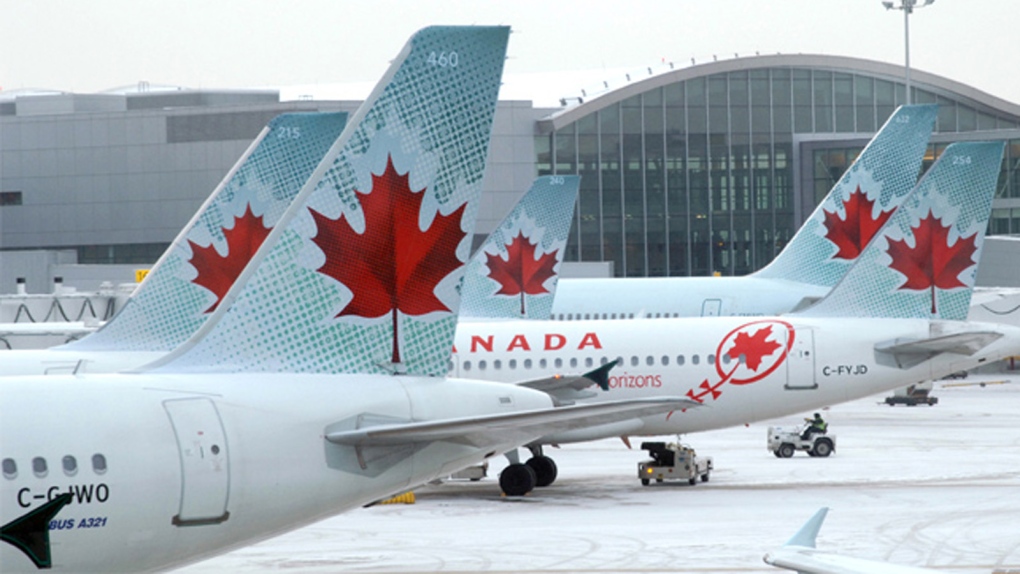 Air Canada planes are seen in this undated file image.

MONTREAL -- Air Canada is cancelling its Hamilton-Montreal route amid sluggish sales from business travellers, announcing the move in a newspaper ad just one month after ramping up flights between the two cities.

Direct flights will scale down to once daily from three as of Jan. 9, and stop completely after March 30.

The Montreal-based company called said it regrets having to nix the route.

"It is a difficult decision as we expected this new service would foster enough demand to be sustainable," said spokeswoman Isabelle Arthur in an email.

Air Canada Jazz, which provides regional service for the carrier, returned to Hamilton after an eight-year absence in May 2016, targeting business travellers looking for same-day return trips and recreational passengers hopscotching from Montreal to other destinations.

Hamilton's John C. Munro International Airport said it is "disappointed" with the news, but will continue to try to build up a niche with low-cost and leisure carriers.

The route, which Air Canada beefed up with a third daily flight in late October, is Hamilton's only direct connection with Montreal.

The airport suffered another loss when Flair Airlines took off for Toronto's Pearson International Airport at the end of October, just months after landing at the smaller airport, 64 kilometres southwest of Toronto. However, it added WestJet's low-cost Swoop airline and will welcome Norwegian Airlines next spring for flights to Dublin.

Robert Kokonis, president of Toronto-based consulting firm AirTrav Inc., said the severed link to is a blow to business passengers, who will have slimmer flight options.

As of Thursday afternoon, Google Flights still showed daily Air Canada flights on the Hamilton-Montreal route beyond March 30, despite the route suspension.

Air Canada said its reservation team or travel agents will contact customers for alternative arrangements or a refund.