TORONTO -- If you spotted a cow cycling the streets of Toronto on Wednesday, it wasn’t a heat-induced mirage.

Patrick Breech, a teacher at St. John Catholic School, made a promise to his students; if they could commit 250 acts of kindness, he’d commit to biking the east-end of the city in a cow costume.

From delivering letters of support to health-care workers to food banks donations, students at the K-8 school passed their altruistic test with ease, proving kindness is contagious.

“We actually exceeded our goal,” Breech told CTV News Toronto. “We’ve accomplished 400 kind acts and counting. Today is a celebration of all they’ve accomplished and I hope they keep going. It gives them something positive to accomplish themselves. That helps them in a mental health aspect, just creating smiles for others, which creates a smile for themselves.” 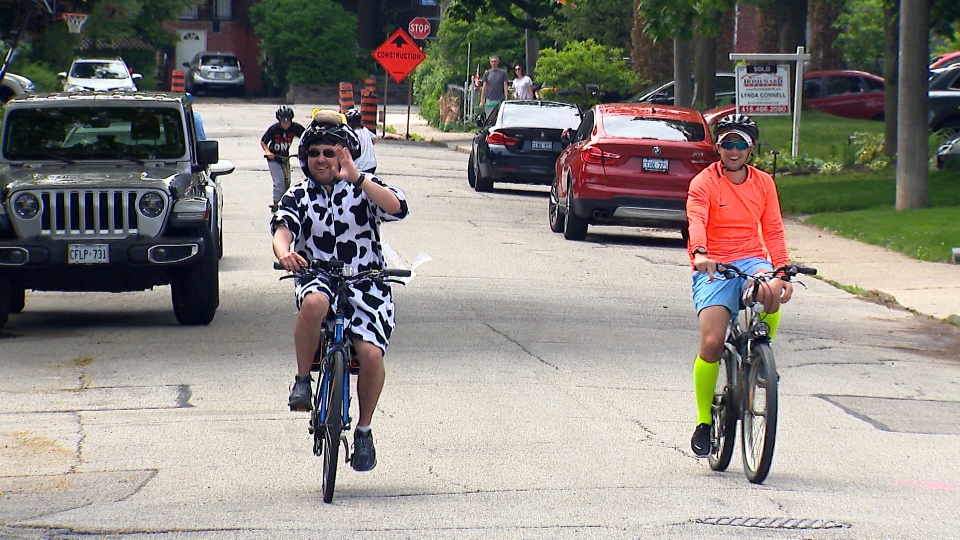 One of his Grade 6 gym students, Clara Wagner, who contributed to the project, said, “It’s great that he helps people be nice.”

“He makes the world a better place,” she added.

“It’s really important for us to see there’s good in this world, the news has been so negative of late,” Charlie’s father, Dean Taylor, added. “For him to be doing this, let alone in this heat, it’s fantastic.” 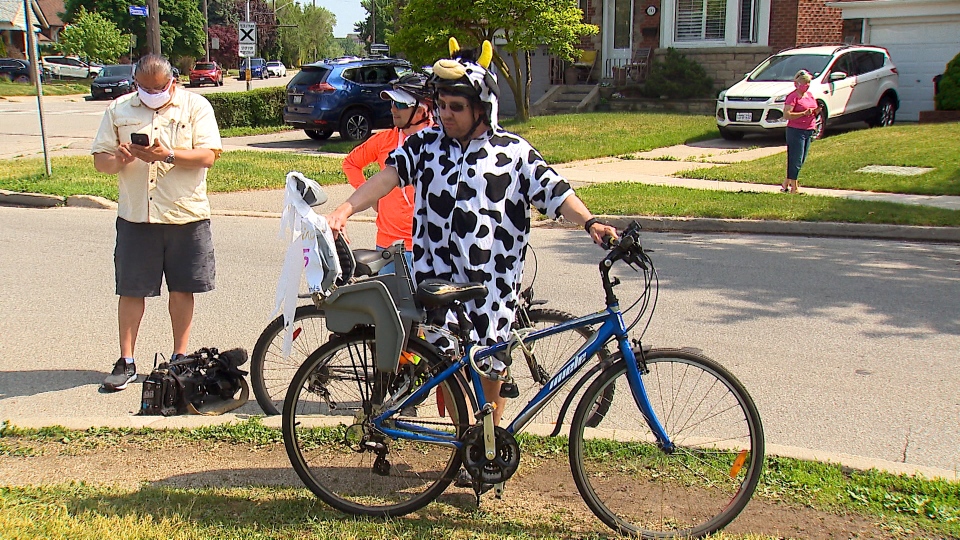 “It’s a social justice club,” Breech explained. “They came up with this goal, 250 kind acts. I’m following through with my end of the promise. But it really has boosted morale in the community.”